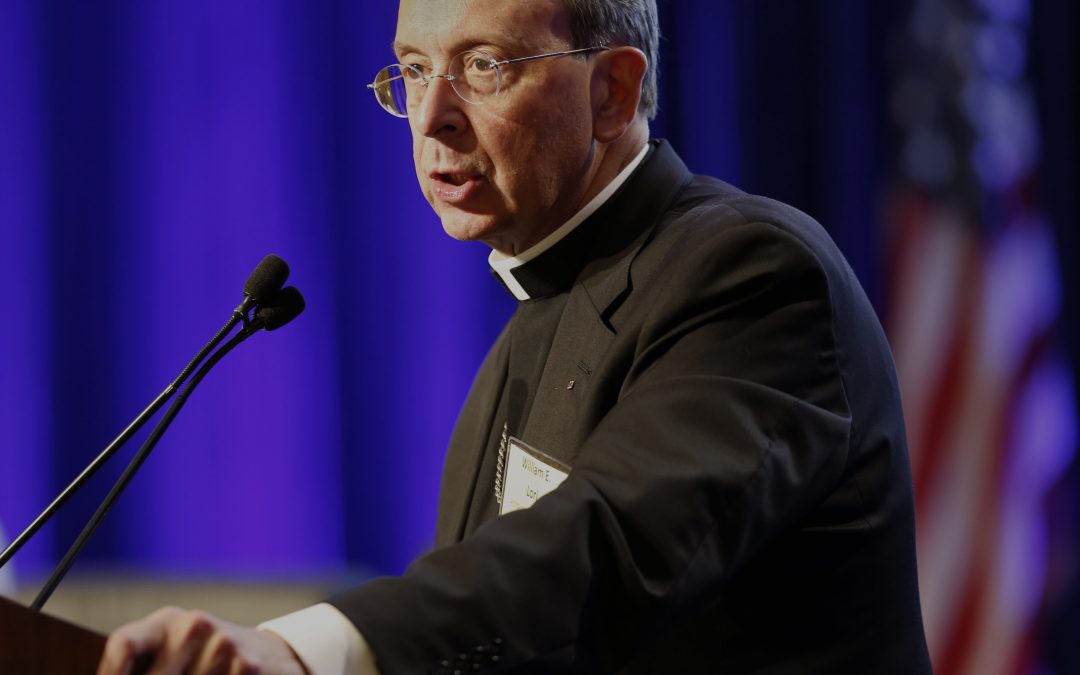 ROME (CNS) — The threat of terrorism must be confronted sensibly and not by restrictions based on religion, which ultimately threaten religious freedom and incite more violence, said Archbishop William E. Lori of Baltimore, chairman of the U.S. bishops’ Ad Hoc Committee for Religious Liberty.

“As citizens and as believers, Christians and Catholics in the United States cannot possibly countenance” denying people entry into the country due solely to religious affiliation, he told Catholic News Service Dec. 10.
Archbishop Lori was in Rome for a Dec. 10 -12 international conference on Christian persecution in the world, held at the Pontifical Urbanian University.

While the continuing threat of terrorist acts in the West by Islamic State has caused security concerns, restricting religious liberty in countries like the United States, he said, could lead to policies that make matters worse.

The archbishop was asked about the increasing climate of fear in the wake of terrorist attacks, as reflected, for example, in recent remarks by Republican presidential candidate Donald Trump, who called “for a total and complete shutdown of Muslims entering the United States until our country’s representatives can figure out what is going on” and better understand possible threats. Such proposals, the archbishop said, have raised “great religious freedom alarms.”

Archbishop Lori told CNS that while there are growing security concerns and a fear of terrorism, denying entry into a country based solely on religious affiliation may only worsen the situation.

“I think those things have to be addressed in sensible ways,” he said. To address growing security threats, the archbishop stressed that governments must do so in “ways that do not in fact make this situation worse by inciting more violence.”