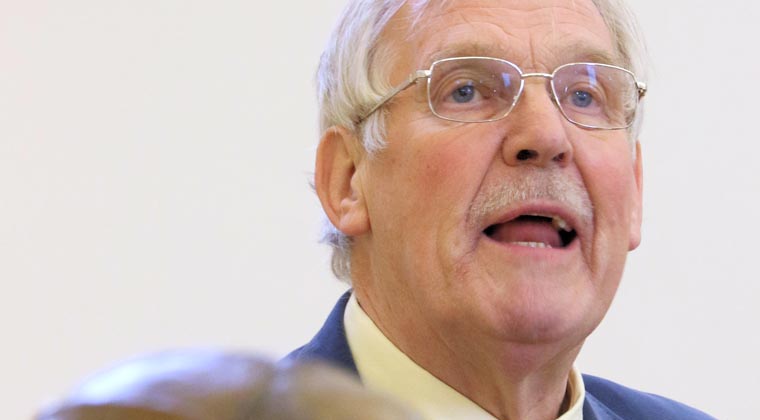 LONDON (CNS) — Blessed Oscar Romero is a “great guiding light” in the pontificate of Pope Francis, said the chairman of the Archbishop Romero Trust.

Julian Filochowski said he could perceive the influence of the martyred archbishop of San Salvador in the work of Pope Francis, particularly in his care for the poor.

Blessed Romero’s “theology of the beatitudes,” he said, was echoed particularly in the teachings of the pope in “Gaudete et Exsultate,” the apostolic exhortation on the universal call to holiness, issued in April. 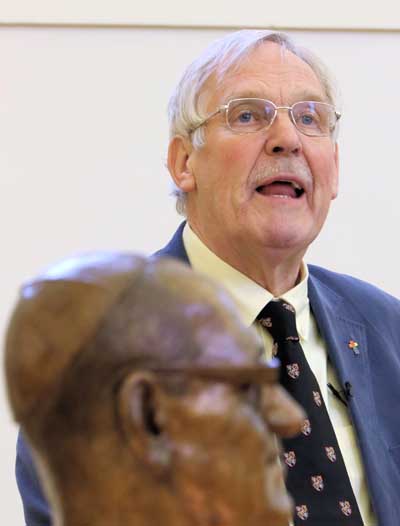 “So much of Oscar Romero — his courage, his language, his praxis and passion for the poor — are so visible in the words and deeds of Pope Francis, most especially in ‘Gaudete et Exsultate,’ with its central focus on the beatitudes,” said Filochowski.

“It is not difficult to discern a Romero thread running through that document,” he said during the Tyburn Lecture in Tyburn Convent, London. “When canonization comes later this year, as it surely will, it seems likely that St. Oscar Romero will take his place alongside St. Francis of Assisi as a great guiding light of this pontificate.”

Blessed Romero was killed by a single bullet fired from an assassin’s gun March 24, 1980, while he celebrated Mass in the chapel of the San Salvador cancer hospital, where he lived.

A day earlier, he had preached a homily in which he urged soldiers to heed God’s law and to refuse to take part in repressive actions against the poor.

At that time, Filochowski knew Romero well, having worked alongside him while serving in the Central America section of the Catholic Institute for International Relations. Filochowski was part of the British Catholic delegation to attend the archbishop’s funeral.

In 1982, Filochowski became director of CAFOD, the overseas development agency of the Bishops’ Conference of England and Wales. Two years after he stepped down in 2003 he helped establish the Archbishop Romero Trust, a charity dedicated to educating people about Romero and to supporting social justice initiatives in Latin America.

In his lecture, Filochowski said he believed Pope Francis was “very familiar indeed with Archbishop Romero and his homilies.”

He said the pope had been personally acquainted with Jesuit Father Rutilio Grande, a friend of Blessed Romero, and had repeatedly spoken in defense of both men. Father Grande was assassinated in El Salvador in 1977.

The example of Romero can be discerned from many of the famous statements Pope Francis has made, Filochowski also suggested.

Applying Pope Francis’ words to Blessed Romero, he said the archbishop was a “shepherd who smelled of the sheep,” whose diocesan church was indeed “a field hospital to welcome the distressed and the brokenhearted.”

“Romero not only loved the poor, he defended the poor,” Filochowski said. “And so Blessed Oscar Romero challenges all of us not only to love the poor, but to become their advocate. I believe that Pope Francis is striving to do the same.”

The Tyburn Lecture is an annual event held at the mother house of the Tyburn Nuns, an order of Benedictines founded on the site of the execution of 105 beatified and canonized Catholic martyrs of the Protestant Reformation.