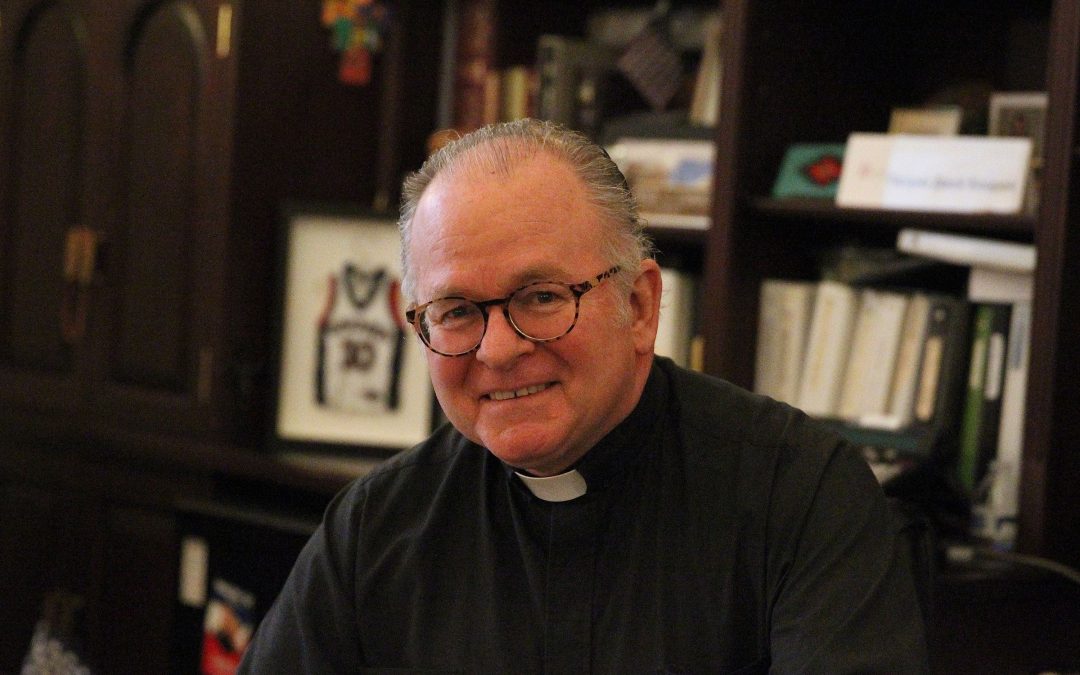 WASHINGTON (CNS) — Jesuit Father Patrick Conroy, chaplain for the U.S. House of Representatives who said he had been forced to resign, was reinstated to his post by House Speaker Paul Ryan May 3.

The priest was reinstated after a letter he wrote to Ryan, R-Wisconsin, became public. In the letter, Father Conroy said he wished to retract his resignation letter and continue working during this Congress “and beyond.”

“I have never been disciplined, nor reprimanded, nor have I ever heard a complaint about my ministry during my time as House Chaplain,” his letter said. He also mentioned displeasure that Ryan hadn’t spoken to him directly but had his chief of staff ask for his resignation.

In a statement, Ryan said his original decision was made with what he thought was in the best interest of the House, but he now decided that “a protracted fight over such an important post” would not be good for the body and so he accepted the priest’s letter and decided he could remain in his position.

Ryan, who is Catholic, is expected to meet with Father Conroy May 8 when the House is back in session.

“However, many distressing questions must still be answered about the motivations behind Father Conroy’s unwarranted and unjust dismissal,” she said.

In a June 2017 interview with Catholic News Service, the priest said he had opinions about politics, like most people, but knew his job was focused on his role helping members of Congress without paying attention to political stripes.

“I can think anything I want,” he said. “But I can’t say it. Some people say, ‘You’re there, why don’t you say prophetic things?’ If I did, a week from now, there would be a different person here and nothing would have changed.”

Some have speculated that a prayer he said in November as lawmakers considered the tax bill led to his ouster.

The prayer said: “May all members be mindful that the institutions and structures of our great nation guarantee the opportunities that have allowed some to achieve great success, while others continue to struggle. May their efforts these days guarantee that there are not winners and losers under new tax laws, but benefits balanced and shared by all Americans.”

Via Twitter, fellow Jesuit Father James Martin, editor at large of America, the Jesuits’ national magazine, said if that prayer is what led to the firing, “then a Catholic Speaker of the House fired a Catholic chaplain for praying for the poor.”

On April 27, House Democratic Caucus Chairman Joseph Crowley proposed establishing a committee to look into the ouster, but House Republicans overwhelmingly voted to kill the resolution. Outrage, however, continued on Twitter and beyond trying to save the chaplain’s job. Father Conroy told The New York Times, at the time, that he wasn’t going to question the decision.

The priest is the second Catholic in history to hold the House chaplain’s spot. Father Daniel Coughlin was the first Catholic to occupy the position and was looking to retire from the post in 2010 when then-House Speaker John Boehner had been in talks with fellow Catholic Pelosi about finding a Jesuit they could both support. Father Conroy was approved unanimously as the 60th chaplain of the U.S. House of Representatives May 25, 2011.