The press release from St. Joe’s appears below: 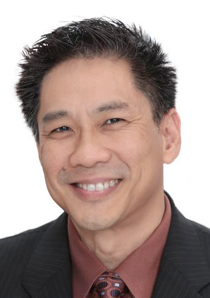 Vincent Sweeney, Chair of the Board of Trustees at St. Joseph’s Health, today announced that Mr. Leslie Paul Luke has been named the 14th President and CEO of the non-profit health care system that encompasses a 16-county service area. Luke currently serves as interim CEO of Tennova East, a seven hospital system in Knoxville, TN. He will succeed Kathy Ruscitto, current CEO of St. Joseph’s Health, on February 20, 2017.

“After a thorough and comprehensive process, the search committee is pleased to have found the most highly qualified individual to assume leadership of our growing non-profit regional health care system,” said Sweeney. “Throughout his very successful career, Les has managed significant work in performance improvement with a particular focus on driving quality. He also has deep experience in the physician practice space. This combined with his extensive knowledge of health care administration and genuine, collaborative nature makes Les uniquely qualified to successfully lead St. Joseph’s Health into the future.”

Over the last several months, a large candidate pool was carefully narrowed to a small group who interviewed with St. Joseph’s Health administration and physician leadership teams. While he plans to dedicate his first 90 days to acclimating to the organization and getting to know his new colleagues, Luke intends to focus on quality, growth, patient satisfaction and strengthening financial operations across the system.

“I am deeply honored to have been selected for the role of President and CEO of St. Joseph’s Health,” said Luke. “I am very pleased to join such a progressive organization that has a proven track record for delivering outstanding care to its patients and an enduring commitment to improving the overall health of the community.”

Luke, 55, holds a bachelor’s degree in Sociology and a master’s degree in Health Administration from Brigham Young University in Provo, UT. In 1991, he received his first CEO role at a 50-bed, not-for-profit hospital in Kentucky. Since then he was CEO of three other hospitals. In 2006, he joined Community Health Systems where he held several key leadership roles including his current position.

“Les has a proven record of building strong teams and strategies to advance people-centered care,” said Benjamin Carter, interim Executive Vice President for the East Group at Trinity Health, the parent organization of St. Joseph’s Health. “We look forward to working with Les to pursue our vision of being the trusted health partner in Syracuse and every community we serve nationwide.”

“We are confident Les is the best choice from a diverse pool of interested and highly qualified candidates,” Sweeney added. “He’s been a successful health care executive for much of his career and has the demeanor and personal values that are a great fit for working in our faith-based organization. Even more important, he’s a great fit with our mission, vision and values as well as the Strategic Focus Areas we developed in partnership with Trinity Health.”

Luke was born in St. Louis, MO, but was raised in Hawaii where his parents are from. His father was a general surgeon who completed his training in Syracuse, NY in 1955. He and his family will relocate to the Syracuse area from Brentwood, TN.