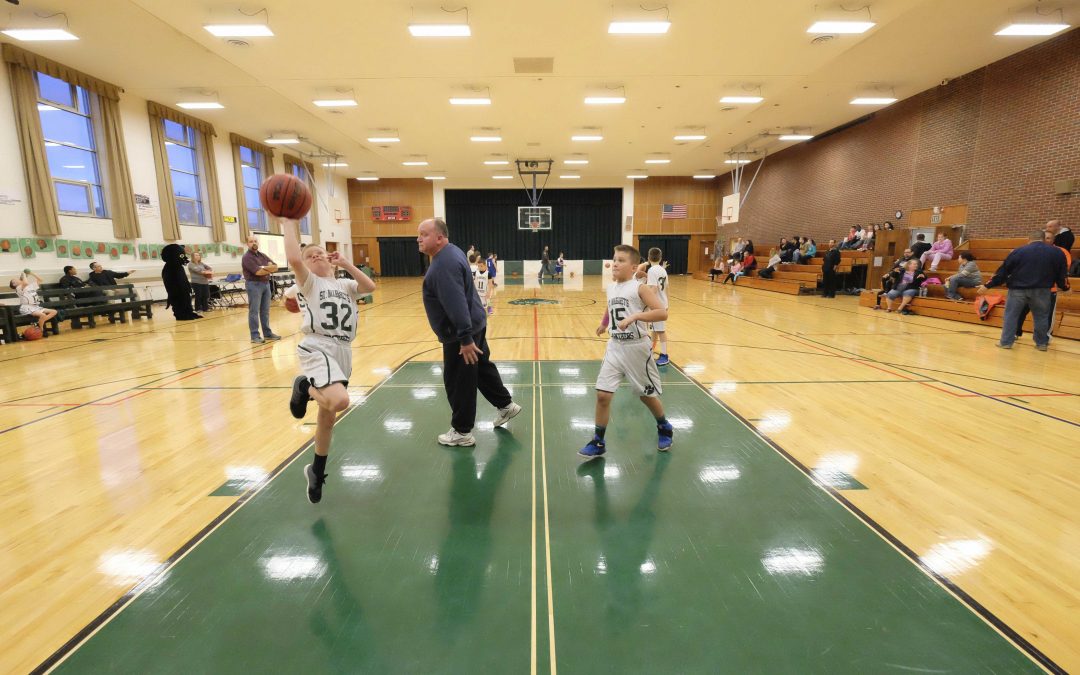 Panther pride was riding high Nov. 11 as St. Margaret’s School in Mattydale kicked off a weekend of basketball on its newly refurbished gym floor.

St. Margaret’s received a $10,500 grant from the Jim and Juli Boeheim Foundation that allowed for the repair, repainting, and refinishing of the gym floor over the summer, according to Principal Amanda Hopkins. The floor, more than 60 years old, had never been redone, she said.

“It really has set our community on fire with excitement,” she said. “That has been such a blessing.”

The weekend pre-season tournament brought together teams from several area Catholic schools: St. Mary’s Academy in Baldwinsville, Holy Cross School in DeWitt, Immaculate Conception School in Fayetteville, and Most Holy Rosary School in Syracuse. St. Margaret’s won the Boys A division, Most Holy Rosary won the Boys B division, and St. Mary’s won the Girls B division. Proceeds from the event went toward outstanding costs of the renovation.

Jaclyn Grosso, a member of St. Margaret’s School Commission and mom to fourth grader Steven Grosso, commended Hopkins and the Boeheim Foundation for making the new floor a reality that will serve the school as well as the Mattydale community. “To be able to host a tournament like this, bringing all the community together, bringing all the Catholic schools together — it’s great,” she said.

Fourth grader Andrew Card, 9, plays guard for the Panthers. “I’m pretty happy,” he said of the new floor. “It looks nice!” Did he think he’d play better on it? “Probably!” he said with a laugh.

See photos from the tournament, as well as a segment from Syracuse Catholic Television’s “Around the Diocese,” below. 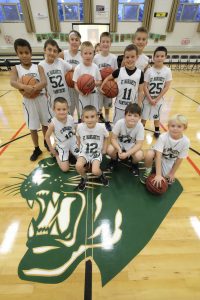 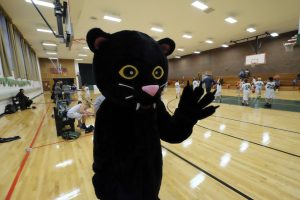 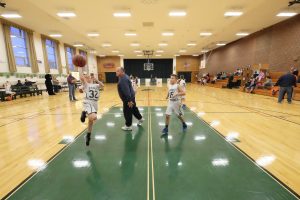