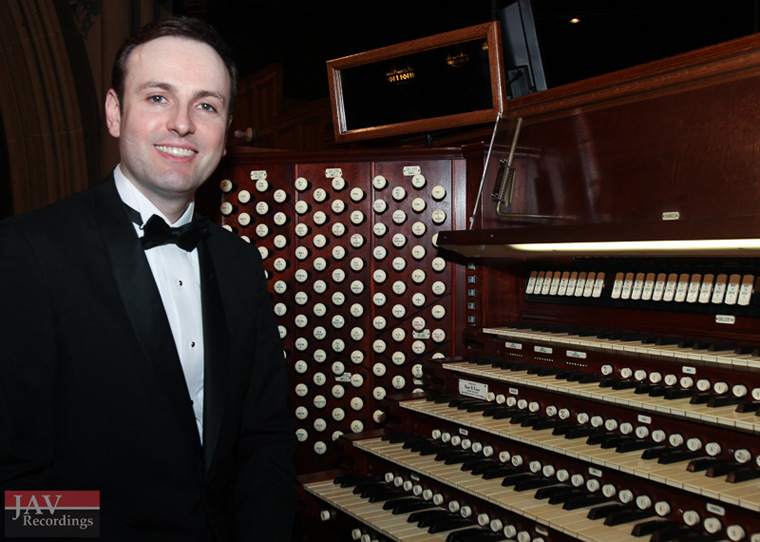 Daniel Brondel, the associate director of music and organist of St. Patrick’s Cathedral in New York City, will give a Lenten Evening Concert at 7:15 p.m. March 29 at the Cathedral of the Immaculate Conception in Syracuse.

Father Joseph Clemente, administrator of the canonically linked parishes of St. Cecilia and Our Lady of Peace, said Brondel is “the best of the best and is well known in Europe and the United States.”

Father Clemente said the organ has 68 ranks or sets of pipes and 54 different voices on three 61-note keyboards and a 32-note pedalboard.”

A native of southern France, Brondel has lived in the United States since 1988. He is a graduate of the Eastman School of Music, where he studied organ with David Higgs and improvisation with Gerre Hancock and Rick Erickson. Brondel holds a master of music degree in organ performance. At Eastman, he did further doctoral work in organ and musicology, and he studied voice with Jane McCoy.

Recipient of a grant from the Theodore Presser Foundation and several prestigious academic fellowships, and winner of various piano competitions, Brondel also won the First Prize at the 1996 Arthur Poister Competition and the Second Prize at the 1996 National Young Artist Competition in Organ Playing of the American Guild of Organists in New York City.

His first solo-organ album, “The Glory of the Organ,” recorded at St. Patrick’s Cathedral in 2010 on the JAV label, is available from JAV Recordings and on iTunes.