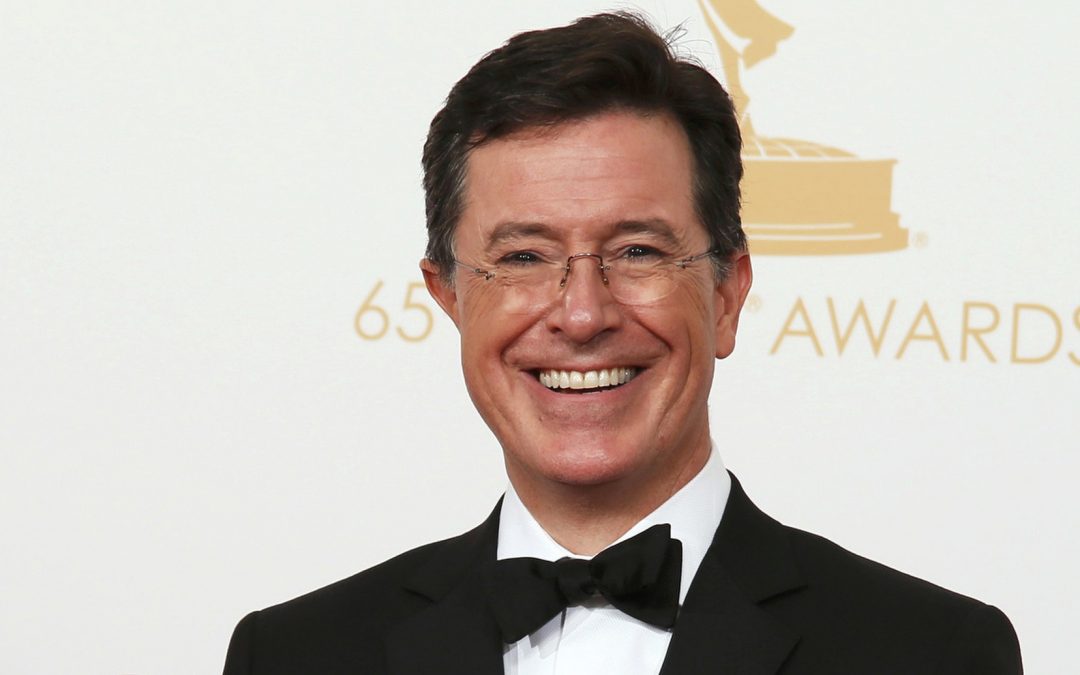 WASHINGTON (CNS) — Stephen Colbert, who took over Sept. 8 as host of CBS’ “Late Night” program, said in an interview for Canada’s Salt + Light Television that his “Colbert Report” character was intended to be a “well-intentioned, poorly informed, high-status idiot.”

“I would say he’s a fool. And though Christ says, “Call no man fool,’ I am one,” Colbert said. “Willing to be wrong in society or wrong according to our time, but right according to conscience which is guided by the Holy Spirit.”

That character, which tickled American funny bones for nine years on Comedy Central, has been discarded for Colbert’s new persona as late-night talk show host.

Basilian Father Thomas Rosica, Salt + Light’s founding director, interviewed Colbert and said at one point during the interview that the comedian was “bigger than three popes.” But Colbert corrected him.

Sporting a full beard so white and curly that it could have been worn by Santa Claus, Colbert, 51, a lifelong Catholic, said he told his “Colbert Report” show staff that their workplace was “the joy machine.”

“But it’s sort of true because the only way to approach something that is truly hard has got to be with joy, because if you don’t approach it with joy, it’s just a machine. And it will grind you up. And the lesson that I took from that is that: Doing something joyfully doesn’t make it any easier, it only makes it better. And also, it makes it communal — that we’re all doing it together. When you work in fear, or when you work in distress, you often feel alone. But jokes, laughter, humor, joy whatever you want to call it, it connects people.”

Asked what he might ask Pope Francis were he to be a guest on his new show, Colbert replied, “I would ask him about how love leads him to joy, or does love lead him to joy?”

“And I would ask him how he puts that first. Because, how you get to where you are in the church and not to be consumed by the law as opposed to the love that led to the law?”

Colbert said the name of “The Colbert Report,” with the “T” silent in each word, came about because “to an American ear anything that sounds French is a little, you know,” using a finger to push up the tip of his nose, “a little snooty, a little frou-frou and so, and I’m ‘coal-BEAR.’ I was born COAL-bert. My father’s a COAL-bert, my brothers and sisters are COAL-bert. I’m one of 11 kids and half of us are Coal-BEAR and half of us are COAL-bert because my father says you can choose what you want. So I chose coal-BEAR because I’m essentially a pretentious person.”

He also engaged in a bit of wordplay with Father Rosica, needling him for being part of an order founded by St. Basil.