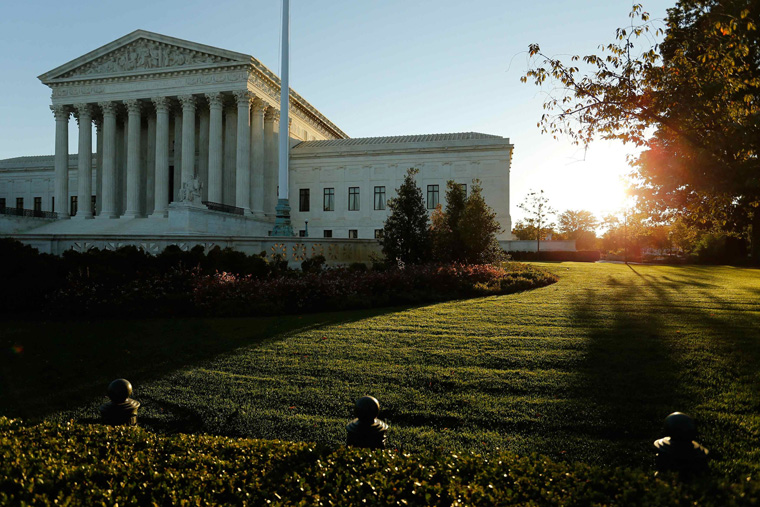 WASHINGTON (CNS) — The U.S. Supreme Court Jan. 12 said the state of Florida’s death penalty system is unconstitutional because it allows judges, rather than juries, to determine whether a convicted criminal should get a death sentence.

Michael B. Sheedy, executive director of the Florida Conference of Catholic Bishops in Tallahassee, said the conference was “pleased this decision was issued so promptly” on what was the first day of Florida’s 2016 legislative session.

“This should compel the Legislature to address the issue immediately,” he said in a statement emailed to Catholic News Service.

Ruling 8-1 in Hurst v. Florida, the high court said that the state’s “capital sentencing scheme” violates the Sixth Amendment of the U.S. Constitution.

Writing for the majority, Justice Sonia Sotomayor said the amendment, which guarantees the rights of criminal defendants, “requires a jury, not a judge, to find each fact necessary to impose a sentence of death.”

The case is named for Timothy Lee Hurst, convicted of the 1998 murder of his manager at a Pensacola, Florida, fast-food restaurant. In Florida, the jury plays an advisory role, deciding if the defendant is eligible for the death penalty, then a judge determines whether that sentence should be imposed.

In Hurst’s case, a jury in 2000 decided 7-5 in favor of putting him to death. He was granted a new sentencing hearing on appeal, and the jury again recommended a death sentence. A judge again found the facts necessary to sentence Hurst to death, and the Florida Supreme Court affirmed that decision.

Hurst’s lawyers in an appeal to the U.S. Supreme Court argued his sentence violated the Sixth Amendment.

According to an AP story, the Supreme Court returned the case to the Florida Supreme Court, which now must review Hurst’s sentence and determine if he should get a new sentencing hearing.

Justice Sam Alito was the lone dissenter in the ruling. He said that Florida judges are simply reviewing what juries in such cases have already decided.

According to Sheedy, Florida’s Catholic conference, which is the public policy arm of the state’s bishops, “has long identified the need to address Florida’s flawed death sentencing scheme despite our position that life imprisonment without parole is an alternative that keeps society safe and renders the death penalty unnecessary.”

“Florida currently requires unanimous verdicts in every case in which juries are summoned, with the exception of sentencing someone to death,” he continued in his statement to CNS. “We urge the Florida Legislature to respond to this decision by passing legislation which requires juries, as a collective body and conscience of the community, to be unanimous in the finding of aggravating circumstances and in recommending death over life imprisonment.”