Christine DiNovo was one of those kids in the neighborhood whose tiny size could draw the attention of bullies, but she had one big 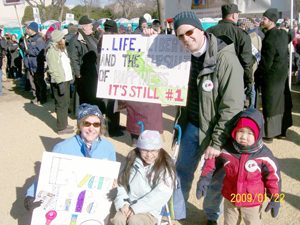 thing on her side — her family.

“Whenever I left that house, I always knew someone would take care of me,” she said.

DiNovo would go on to devote her life to taking care of the littlest and the least.

After graduating from law school and marrying her husband Pat, the couple moved from Syracuse to North Carolina, where DiNovo worked for the attorney general’s office and the governor’s advocacy council for persons with disabilities.

“I love children and I loved working with their families, but — and I don’t know what it’s ranked now — but at the time North Carolina was something like 47th in the country for regular education, so you can imagine what their special ed was like,” DiNovo said.

She dug in and focused on promoting effective teaching methodologies throughout the region. “My goal was not just to help each individual child, which of course I wanted, but it was to change the system,” DiNovo said.

She went on to open her own practice, focusing on representing children with special needs and their parents.

And when DiNovo and her husband discovered that they were not able to have biological children, they decided to pursue adoption instead.

“We came to realize that our plans weren’t maybe going to work out in the way we had thought, but that God had a different plan for us,” DiNovo said.

The adoption experience was one that DiNovo likened to a roller coaster. “We had one adoption fall through, which of course is heartbreaking,” she said. And then they seemed to have found another opportunity through an agency in Texas, but the final permission from the birth mother never seemed to arrive.

They drove to the airport and DiNovo’s cell phone rang. It was the social worker overseeing the adoption.

“We pulled up to the terminal and she said, ‘They’ve signed off, are you coming?’ and I said, ‘Are we coming?! Of course we’re coming!’”

DiNovo and her husband adopted Melissa in 2000. “I can’t tell you how much joy there was to come to Texas and get Melissa,” DiNovo said. She had been born prematurely and weighed only five pounds.

“We didn’t realize how tiny five pounds is until we put her in her newborn clothes,” DiNovo said.

She gradually withdrew from her practice and focused instead on being a full-time mother who occasionally worked as a mediator in legal cases. But shifting gears from lawyer to full-time mommy took a little bit of getting used to.

“I wanted it more than anything in the world, but I remember saying to my Dad, ‘Gosh, I’m not getting anything done!’ And he said, ‘Yes, you are. You’re doing the most important job in the world,’” DiNovo said.

Melissa grew into a happy and healthy little baby. So happy and easy, in fact, that DiNovo jokingly calls her the “sucker baby.”

But then came Leo.

“He’s a riot. He’s such a little rascal,” DiNovo said. The couple adopted Leonardo (named for Pat’s father) in 2005. And there hasn’t been a dull moment since.

DiNovo said she came downstairs once to find the floor flooded with water, only to turn the corner and see Leo at the sink baptizing his stuffed animals. “He’s such a little trouble-maker and yet people are drawn to him. I think it’s the cheeks. He can be doing something that I’m just mortified about and people are like, ‘Oh, he’s so cute!’”

A month after Melissa’s baptism, the couple received news that Pat’s father had died suddenly. Shortly after that, the “.com bubble” burst and Pat’s entire division at a Telecom company was laid off.

Then, on Sept. 11, DiNovo received a message on her phone: her cousin Neilie Heffernan Casey was on Flight 11, the flight from Boston to L.A. which crashed into the north tower of the World Trade Center.

“It’s devastating just beyond — you think how can you bear this? Here it’s supposed to be such a great time in our lives,” DiNovo said. “But we got great advice to cling to each other and to cling to God, and we did that.”

DiNovo said this led to a real deepening of her faith.

“There are times in our life when we feel like God is far away, and of course He isn‘t, but we think He is and we have to seek Him out,” she said.

After her cousin’s funeral service, DiNovo’s father talked her husband into applying for jobs back home in Syracuse. They moved back within a few months.

DiNovo had always been involved in parish life. At St. Francis of Assissi Church in Raleigh, she and her husband were involved in the RCIA team, they were extraordinary ministers of the Eucharistic, helped out during the summers with migrant ministry and helped reinvigorate the parish’s adoption ministry. They also organized a diocesan-wide conference on adoption.

Now, at St. Joseph’s in Camillus, she facilitates a women’s Bible study group at the parish, is an extraordinary minister of the Eucharist, and is involved in the Formation for Ministry program, focusing on life and social justice ministry classes. She also wrote a pro-life bulletin that tracks the progression of a baby from conception to birth which was distributed to churches around the diocese.

“If there’s anything that people can take away from my story,” DiNovo said, “I hope that it’s the message of loyalty and steadfastness to family and to God.”