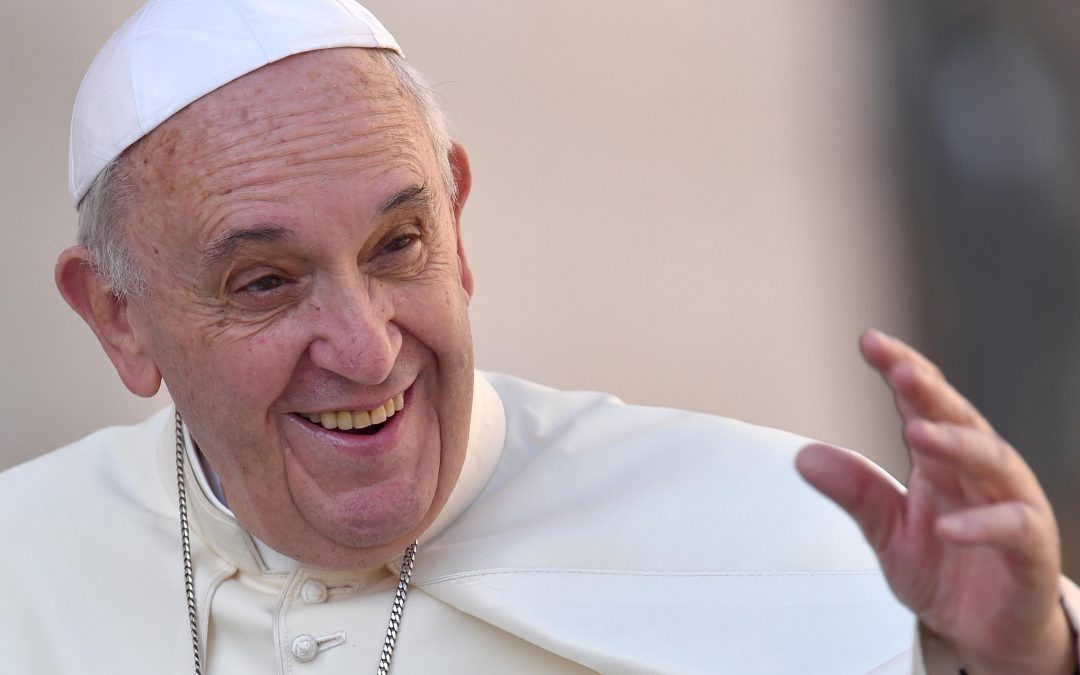 MCALLEN, Texas (CNS) — At Sacred Heart Church in McAllen, members of the community, most of them volunteers at a respite center for immigrants at Sacred Heart parish hall, were invited to a special event by ABC News, but were not informed in advance of just how special that event would be.

In Rome, where the local time was 4 p.m., appearing by satellite and speaking to the people in McAllen was Pope Francis by means of a “virtual town hall” arranged by ABC News.

“We are thrilled to have been a part of this morning’s conversation with Pope Francis via satellite,” said Brenda Nettles Riojas, communications director for the Diocese of Brownsville.

The audience was moderated from inside the Vatican by “World News Tonight” anchor David Muir. In addition to the group at Sacred Heart Parish in McAllen, the pope also conversed with homeless families in Los Angeles and with students at the Cristo Rey Jesuit High School in Chicago, which serves low-income families.

The event will air in a one-hour special edition of “20/20” on Friday, Sept. 4, 10-11 p.m. EDT. The event was staged in anticipation of Pope Francis’ Sept. 22-27 trip to the United States. Since the pope is visiting only Washington, New York and Philadelphia, the virtual town hall gave him a chance to speak with people in places he wouldn’t be able to visit.

In McAllen, the event was hosted by Mariana Atencio of Univision and ABC News. Pope Francis spoke with a 19-year-old man, who shared his experience as an immigrant. He told the pope that he is grateful to work and attend college so that he can help support his parents and siblings because of the Deferred Action for Childhood Arrivals program.

A woman from El Salvador, who was wearing an electronic monitoring device around her ankle, asked for a blessing for her toddler son, who has problems with his vision.

A young girl from El Salvador, who traveled 26 days with her mother to the United States, cried when remembering how she and her mother were subjected to threatening moments during the journey. She drew a large picture for Pope Francis that said, “Te amo Papa” (“I love you Father”) and showed it to him on camera.

Sister Norma Pimentel of the Missionaries of Jesus, executive director of Catholic Charities of the Rio Grande Valley, who started the respite center, was introduced to the pope from her seat in the church.

The pope asked her to approach the microphone so he could meet her. Pope Francis thanked her and the respite volunteers for their hard work.

“The pope loves me very much,” Sister Norma said. “Those words will stay with me forever. What a wonderful experience and affirmation for all that we do.”

Volunteers of many faiths have assist their brothers and sisters in need at the respite center. More than 23,000 immigrants have received essentials such as food, water, clothing, medical care and a place to rest.
Pope Francis also acknowledged all the religious sisters serving in the United States.

As Bishop Daniel E. Flores of Brownsville noted before the program started, the people of the Rio Grande Valley have responded most generously, and generosity is contagious.

“The open heartedness of this community is a sign of the grace of God,” Bishop Flores said. “Each person who has come to help does so with much care. Each one doing what they can to help.

“The immigrants who come to the respite center have been offered a genuine welcome.”