The devil is a real threat to Christian life, not a myth, pope says 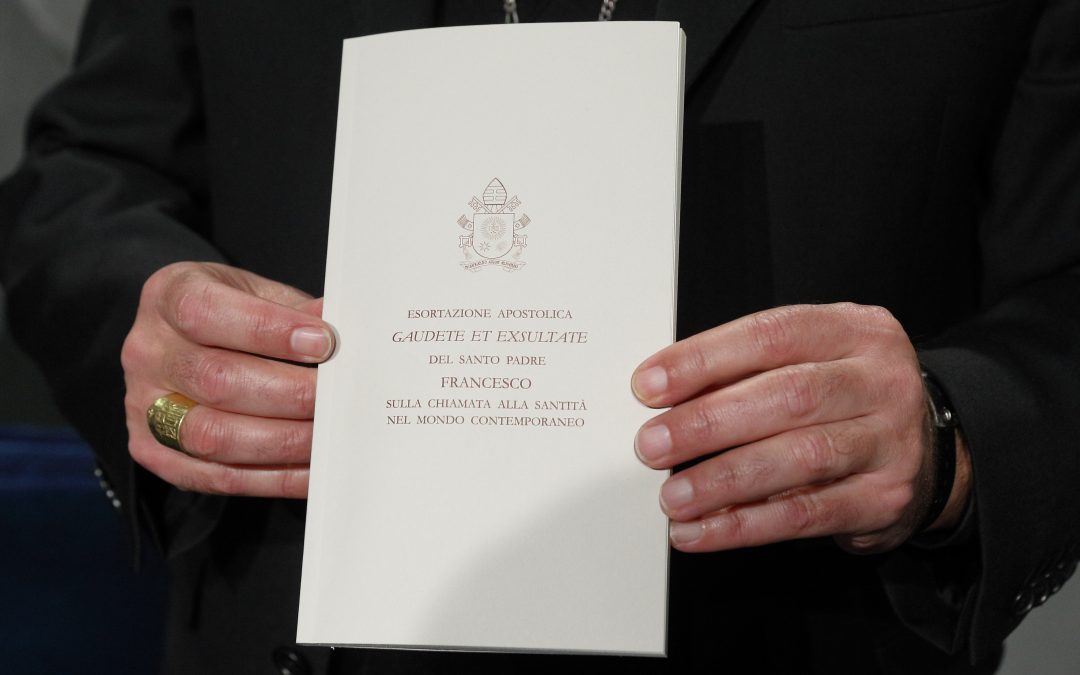 VATICAN CITY (CNS) — The path to holiness does not involve wrestling with some abstract boogeyman, but involves a “constant struggle against the devil, the prince of evil,” Pope Francis said.

In his new apostolic exhortation, “Gaudete et Exsultate” (“Rejoice and Be Glad”), released by the Vatican April 9, the pope urged Christians not to think of the devil as an intangible construct but rather “a personal being who assails us.”

“We should not think of the devil as a myth, a representation, a symbol, a figure of speech or an idea,” the pope wrote. “This mistake would leave us to let down our guard, to grow careless and end up more vulnerable.”

Taking advantage of that vulnerability, he added, the devil “does not need to possess us. He poisons us with the venom of hatred, desolation, envy and vice.”

Throughout his papacy, Pope Francis has warned of the presence of the devil and the dangers of going to hell if one doesn’t turn away from sin.

Recently, however, doubts were cast on the pope’s beliefs on hell and the consequences of sin when Eugenio Scalfari, a co-founder and former editor of La Repubblica, an Italian daily, claimed that Pope Francis said, “Hell does not exist.”

The Italian journalist has explained on more than one occasion that he does not take notes or record his conversations with the pope; he re-creates them afterward from memory, including the material he puts in quotation marks.

Shortly after the interview was published in March, the Vatican issued a statement pointing out that Scalfari’s article “is a product of his own reconstruction in which the actual words pronounced by the pope are not cited.”

In his apostolic exhortation on “the call to holiness in the modern world,” the pope said Christian life isn’t merely a struggle against human weaknesses or worldly mentalities but a spiritual battle against a very real threat.

“We will not admit the existence of the devil if we insist on regarding life by empirical standards alone, without a supernatural understanding,” he wrote.

While acknowledging that in biblical times there were “limited conceptual resources” to understand the difference between demonic possession and mental illness, the pope said it should not “lead us to an oversimplification that would conclude that all the cases related in the Gospel had to do with psychological disorders and hence that the devil does not exist or is not at work.”

The path toward holiness, he explained, is a constant battle and without the “powerful weapons” of prayer, the sacraments and works of charity, Christians “will be prey to failure or mediocrity.”

“If we become careless, the false promises of evil will easily seduce us,” the pope said.

In the fight against the devil, Pope Francis added, cultivating good, progressing in the spiritual life and growing in love are the best ways to counter evil. However, those who choose to remain neutral and “renounce the ideal of giving themselves generously to the Lord, will never hold out.”

“Christian triumph is always a cross, yet a cross which is at the same time a victorious banner, borne with aggressive tenderness against the assaults of evil,” he said.

Editor’s note: Printed copies of “Rejoice and Be Glad” can be ordered from the U.S. Conference of Catholic Bishops at: http://store.usccb.org/rejoice-and-be-glad-p/7-599.htm.