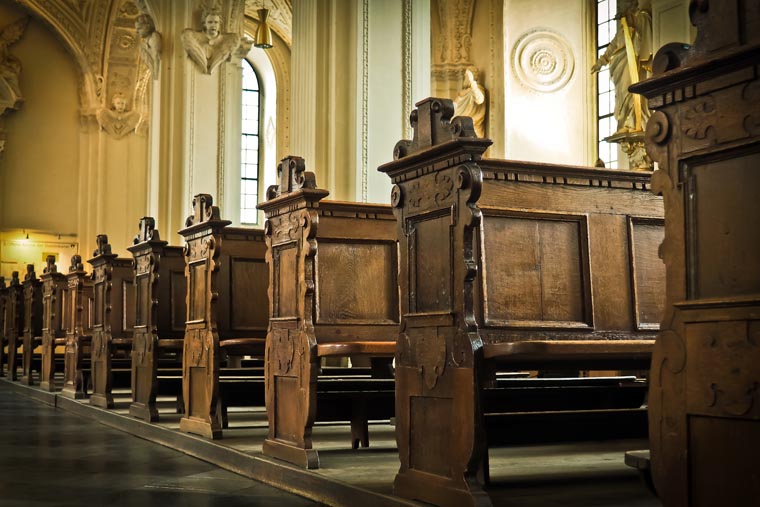 Each year, the Diocese of Syracuse honors its clergy who are celebrating milestone anniversaries. Here, the Sun offers a brief look at jubilarians marking 25, 30, and 40 years of dedicated priestly service. Next week’s issue will feature jubilarians marking 50, 60, and 65 years. 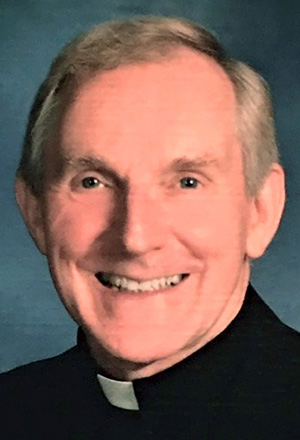 Father Gerard F. Lupa went to Medjugorje in 1989. Inspired, he came back and started prayer groups.

Asked about their effectiveness, he told this story:

About three years ago, a parishioner at St. Malachy Church in Sherburne, where Father Lupa is the priest in residence, was told there was a ninety-nine percent chance he had fourth-stage pancreatic cancer.

The St. Malachy prayer group started working on the one-percent possibility that the man, Jake Miller, actually had a treatable illness that mimicked the horrible diagnosis.

“The doctor came running into his room with the test results,” Father Lupa recalled. The one-percent chance had won out.

The story symbolizes the remarkable ministries of this year’s priest jubilarians. Father Lupa, who was ordained in May 1977, is among several observing their 40th jubilees.

The St. Malachy prayer group has 10-15 members and meets Thursday nights. “It definitely deepens people’s awareness of their commitment to the Lord,” Father Lupa said.

Miller, 82, retired at age 55 after working for 38 years for IBM in East Fishkill. He was the materials manager, ordering, buying, and taking care of all the parts needed to keep the factory running. The factory isn’t there anymore, but Miller is here, thanks to the very effective prayer group.

Reached at his home in Earlville, he said he doesn’t pretend to be a miracle, “but I’m glad, and I’m as healthy as can be.”

“I had three doctors tell me I had pancreatic cancer and I had a limited time to live,” he said. But when he woke up after exploratory surgery, the doctor told him: “‘No cancer.’”  Instead, Miller had sclerosing  pancreatitis. He also had four nodes on his lungs. They, too, proved to be non-cancerous. After his exploratory surgery, they went away. “Just amazing,” he said. “I was supposed to die.”

“In addition to his prayer group, Father Lupa sent me prayers and cards,” Miller said, “and he always sent me just the right card or the right prayer for what was happening to me at that time.”

Pondering the way he sidestepped a medical disaster, he said: “The only thing that we can attribute it to is all the prayers that we received. … Apparently the good Lord has something special for me to do, and that’s why he’s kept me here. That’s why he spared me.”

In a thankful spirit, Jake and his wife, Janice, also 82, joined Father Lupa’s prayer group. “We feel we owe it to pray for someone else,” Jake said.

Father Lupa also started prayer groups in Rome and in Columbus, Ohio, he said, and they are still going.

Father Lupa was inspired to be a priest by the late Father Ronald Buckle, who told him, “‘I think you belong in the seminary.’”

Father Buckle was very clever, his acolyte said. “He said, ‘Just try it for a year.’”

“‘If you do what God wants you to do you will find peace in your heart.’”

“‘Jesus is the answer to the world’s problems and our own personal problems.’”

Father Lupa concluded: “I totally agree with him 40 years later.” 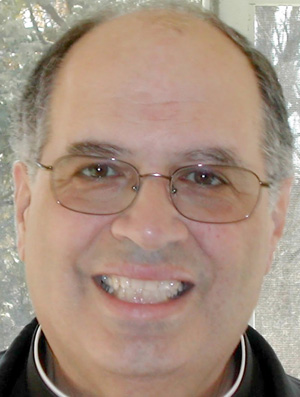 assisting at Christ the King Church,

Liverpool, ordained in May 1977

Father Aiello has enjoyed all of his service — both pastoral and diocesan.

“I’ve never felt it to be overwhelming,” he said. He added that with God’s grace, it has always been a joy — all aspects of it.

He served 30 years in parish ministry, including 16 years as a pastor and now for 15 years full time as the director of deacon formation. He also served from 1999 to 2001 as the diocesan director of religious education. Other service includes the priest senate and the priest personnel committee.

In his parish work, he has served in Cazenovia, Syracuse, Tully, and Otisco.

Father Aiello earned his bachelor’s degree at Le Moyne College. Then he earned both his master of divinity degree and his master of arts in theology degree at Christ the King Seminary in East Aurora, N.Y. A man who loves challenges, he later continued his graduate studies at Syracuse University, where he received a master of arts in philosophy degree and an interdisciplinary doctorate in philosophy and religious studies.

He cited his “depth of feeling about how much I love the priesthood. I feel humbled by it and deeply grateful to God. The center of my life has always been the celebration of the Mass and the Eucharist. It both fills me and fulfills me.”

He added: “My priesthood has been a privilege and an honor: to serve the people of God. … The past 40 years have been such a joy that it seems more like four years.”