Two acts of mercy, and two babies are born 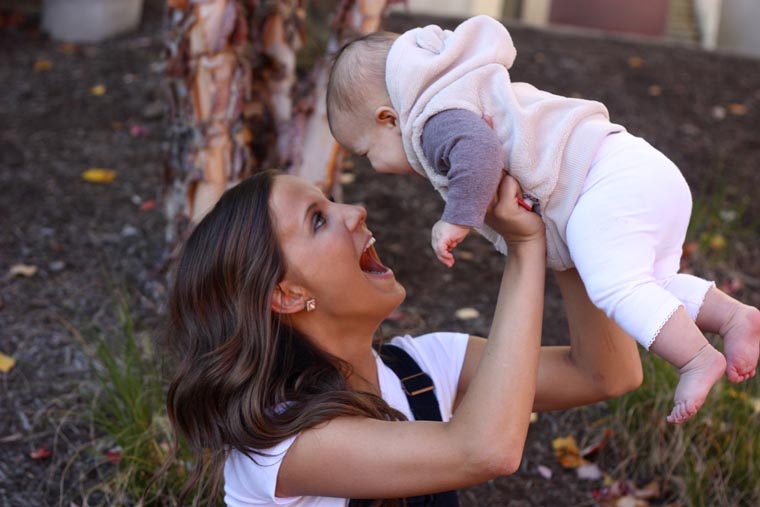 With God’s help and support of loved ones, women give birth

Two women, in a swirl of emotions, consider abortion, but ultimately choose life.

Curteese, who didn’t want her last name used, was sick during her third pregnancy. She already had two daughters, the first born when Curteese was 15.

“I wasn’t ready for another child,” she said. “I didn’t think I was going to be able to take care of him.”

She was leaving an abortion provider in Syracuse when a woman approached her car with literature and a tiny rubber baby. The woman told Curteese that her unborn child could change the world one day.

“This is freaking me out,” Curteese remembered thinking. “That day changed everything,” she said.

Curteese sought help at New Hope’s Pregnancy Resource Center. The support she received there, along with support from her fiance, was what she needed to continue the pregnancy. Now she has a beautiful 5-month-old baby boy.

“This all worked out,” she said. Whenever the situation has seemed insurmountable, something happens to give her the help she needs. “I just think that God is really helping us,” Curteese said.

Sarah Padgett was in her first year at Robert Morris University in suburban Pittsburgh, going to parties and enjoying college life.

“It was a lot of instant gratification,” she said. “I loved the attention from boys. But I would think, ‘What am I doing? I know better than this. I’m from a Catholic family.’’’

One morning, she woke after a long night of partying feeling the need for the Sacrament of Reconciliation. Later that day, “something spoke to me that I needed to take a pregnancy test,” she said. It was positive.

Still, Padgett couldn’t believe it. She bought five more pregnancy tests, all of which showed her to be pregnant. She went to an area abortion provider for yet another, thinking the agency’s test might be more accurate.

“I didn’t think of abortion,” she said. But at the clinic, “They put that thought in my head.” If she had an abortion, she could continue with her life almost as though the pregnancy had never happened. She wouldn’t have to tell her parents, wouldn’t face judgment from anyone. She wouldn’t have to worry about how she could possibly support a baby. So she considered this option.

But it didn’t feel right. And ultimately, Padgett knew that her life had changed forever after she saw the result of that first pregnancy test. She could never go back.

She went home to Steubenville, Ohio, and told her parents. They were disappointed but supportive. With her mother, she went to a faith-based crisis-pregnancy center. There she was counseled about adoption and other options.

“They were very supportive,” she said of the women she encountered. “They asked me how I was feeling. They told me it’s OK to be scared. We’re going to be here to help you and support you.”

Padgett remembers, “I left there feeling hopeful, where with [the abortion clinic] I left there feeling scared.” She believed she would become too attached to her baby to give the child up for adoption. With the support of her parents, she is raising Audrey Veronica Padgett, who turned 2 at the end of June.

Her family moved to Constantia about a year ago, and Padgett has begun studying at Pomeroy College of Nursing, which is affiliated with Crouse Hospital in Syracuse.

Before the birth of her daughter, “I never thought I would be smart enough for that,” Padgett said.

“God knows what He’s doing,” she said. “He knew what I needed at the time and it definitely was her.”

She now sees the experience as an enormous act of mercy. She likens it to the words of St. Augustine: “There is no saint without a past, no sinner without a future.”

“When I had her, everything just felt worth it,” Padgett said. If Padgett had chosen abortion, “I don’t know where I would be spiritually, physically even. She has grounded me in the best way.”

Padgett chose her daughter’s name, Audrey, to mean noble strength, and Veronica, in honor of the courage of St. Veronica, who offered a cloth to Jesus so He could wipe His face as he made His way to the crucifixion.

Padgett said she considered abortion because of fear. Even for women who have been raped, she doesn’t see abortion as the answer. “I think a way we can help those women is to give them courage. Tell them, ‘You’re a woman. You can do this.’’’