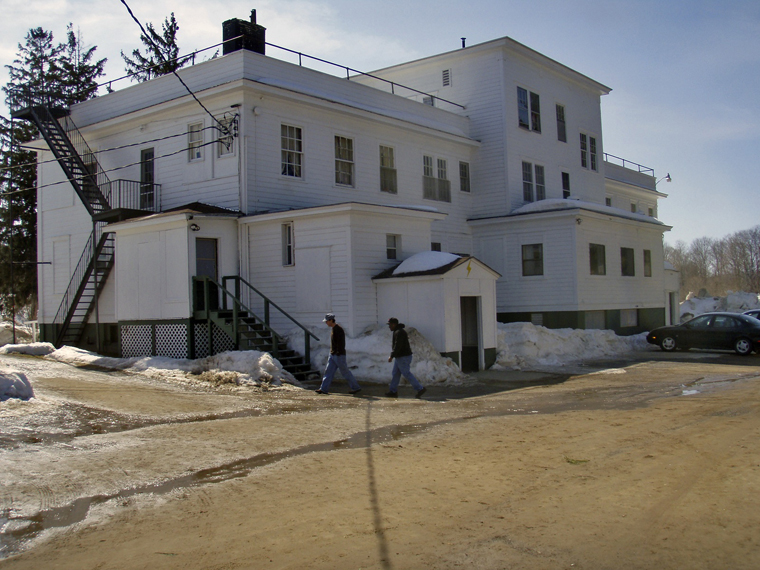 If I were to tell you that there exists in our diocese a place unique in the nation, so special in its history and function, and virtually irreplaceable, would you believe me? If I were to tell you that there exists some 40 miles from Syracuse a community of  men (with two extraordinary women who help with administration), would you say, “Why haven’t we ever heard more about this?” If you were to learn that this institution and community has existed for 50 years without a dime of government or diocesan funds and nearly solely relied on the members and the thousands over the years who have contributed from five dollars a month to many times that, would you say, “How do they do it?”

Such a community exists and is called “Unity Acres” — the name given it 50 years ago this March by our own Syracuse-born prophet and saint (at least in our minds!), Father Ray McVey. This former TB sanitarium in Orwell is the site of miracles! Oh, I’m not saying that these will be listed as “miraculous cures,” though perhaps achieving sobriety “one day at a time” for a lifetime should qualify as a miracle for many. Or how about developing a sense of home, of belonging, of trust after years of alienation, drifting from place to place, and personal and societal neglect? If that’s not a social miracle for many, what is? 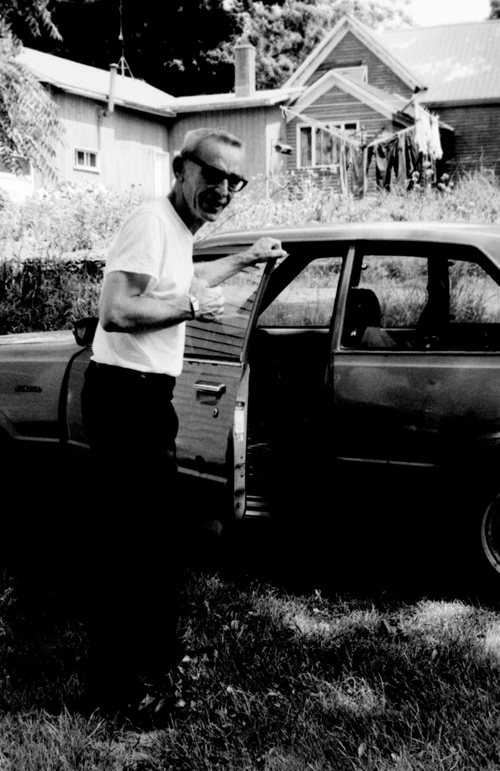 “Unity…Acres.” What is that Unity? It is the unity on the sign and in each newsletter showing a three-part symbol of “body-mind-spirit.” This is the core mission! To assist each individual who comes for whatever time they are there — months, sometimes intermittently, or a lifetime — to continue to integrate those essential parts of being a full human being in a manner that is respected by others and allows one to respect that process in others also. As one of the residents said, “I knew I was heading nowhere but the bottom. Unity Acres gave me my life back.” For many, that has meant everything from the basic three meals, a clean bed in a private room, an opportunity for healthy socializing, a chapel, library, laundry, coffee house, and most all … a sense of personal integrity … a chance to take charge of one’s life … to feel cared about and to be caring.

Again, in the words of  “Bill”: “Unity Acres has meant the same to me as when I came here — an open and welcoming community no matter what the reason  — no judgment zone.”  Barry says, “On coming to the Acres, I was running away and needed a place to hide from the consequences of a life devoted to a life of excess and self-indulgence, fully intending to go back to my old ways when safe to do so. Eventually, after spiraling into a pitiful and incomprehensible demoralization in every conceivable way, I reached rock bottom.”

It was this “rock bottom” that Dorothy Day and Peter Maurin saw in the people they began to live with and serve in the Catholic Worker movement in the New York Bowery in 1933. Day’s and Maurin’s example inspired Father McVey; Steve Dickhout, the Unity Acres  director for 25 years now; and many priests and laity in the diocese “to build up a new society in the shell of the old, where it is easier for men [people] to be good.”

Thankfully, because of the increases in services for many homeless, programs to address alcoholism and addictions, and support for veterans, the population at the Acres has diminished from the completely unmanageable number of over 130 of 40 years ago to anywhere between 45 and 60 in this era. That’s also good because the upkeep of the 100-year-old wooden buildings has meant closing a couple and constantly repairing others. With the passing of the beloved Father Bob Jones, that has meant that full-time staff and volunteers are four (Peg McCarthy, Bear Foote, and Steve and Loretta Dickhout)! There is help from a variety of others and some food teams and donations and a small board of directors.

Steve puts it all into perspective in citing Scripture. Here Luke 15 — finding the “lost sheep” — is very real. Steve frames it in the example of Acts 2 which describes the early Christians as a community that struggles — however imperfectly — to live as a beloved community in Christ.

The works of mercy — especially creating a home for the homeless — take concrete form. And he cites one resident, Mark, who quoted Father Jones in saying, “We’re in the business of forgiveness.” This was a button worn years ago by the woman who was Father McVey’s indispensable soulmate and associate, Kate Stanton, without whose organization the Acres would never have survived.

So what is the future of this uniquely blessed commitment in Christian living after 50 years? Well, as all have said, “It’s in God’s hands.” Father McVey framed it with the original five men who joined him in moving into that unheated space in March 1969, as an Exodus — a flight from the slavery of darkness and alcoholic street life, from its deprivation, poverty, and jail. Barry put it very concretely: “I’m here today seeking freedom, healing, and redemption, bringing unity out of disunity of my body, mind, and spirit … so help me God.”

You can be part of this extended community and mission. Check out our website —  unityacres.org. If moved, get our newsletter, support a food team, come for the picnic or another visit. Call about our dinner May 9 at All Saints Church in Syracuse! [(315)-298-6215]

One last thought: Eighteen months ago, I visited John, a 10-year resident who found sobriety and community, as he was dying. He could not move a limb for weeks, yet maintained a beautiful smile and spirit as I said goodbye for the last time and began to tear up. He said to me, “Don’t cry, Dave. I’ll see you upstairs.” He smiled and closed his eyes as I left  him. …

May it be so, John; and thank you, to all who make Unity Acres “the place where it is easier to be good.”

Dave Pasinski is a longtime Unity Acres board member who worked with Father McVey in the mid-’60s.