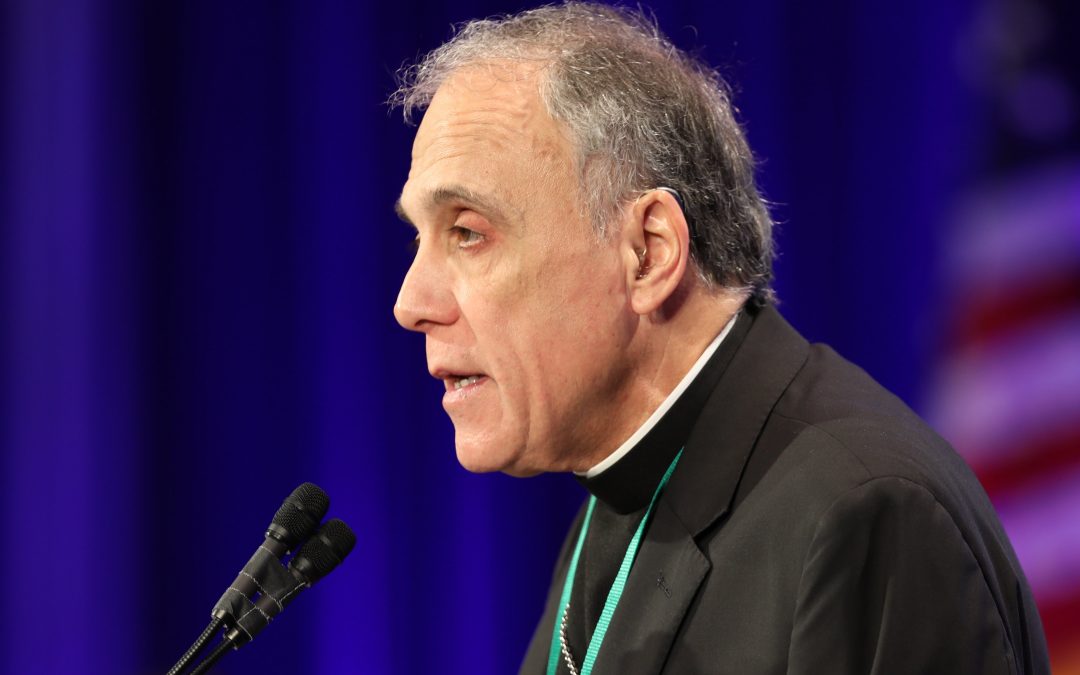 By Dennis Sadowski | Catholic News Service
BALTIMORE (CNS) — At the urging of the Vatican, the U.S. Conference of Catholic Bishops will not vote on two proposals they were to discuss regarding their response to the clergy sex abuse crisis.

Cardinal Daniel N. DiNardo of Galveston-Houston, USCCB president, informed the bishops as they opened their fall general assembly Nov. 12 in Baltimore that the Vatican wanted the bishops to delay any vote until after a February meeting with the pope and presidents of the bishops’ conferences around the world that will focus on addressing clergy abuse.

Affected are proposed standards of episcopal conduct and the formation of a special commission for review of complaints against bishops for violations of the standards.

Cardinal DiNardo said he was disappointed that no action would be taken during the assembly, but that he was hopeful that the delay “will improve our response to the crisis we face.”

However, at a midday news conference, Cardinal DiNardo said the request to delay action came from the Congregation for Bishops.

The assembly planned to move forward with discussion of both proposals from the bishop’s Administrative Committee.

The Administrative Committee consists of the officers, chairmen and regional representatives of the USCCB. The committee, which meets in March and September, is the highest authority of the USCCB outside of the full body of bishops when they meet for their fall and spring general assemblies.

In response, Cardinal Blase J. Cupich of Chicago suggested the general assembly move forward with its discussion of the two proposals. He also called for a special assembly in March to weigh and vote on the measures after being informed by the outcome of the February meeting in Rome.

“It is clear that the Holy See is taking seriously the abuse crisis in the church,” Cardinal Cupich said, adding that the February meeting was a “watershed moment” in church history.

Later in the morning session, just before the assembly adjourned for a day of prayer and penitence, Cardinal DiNardo opened his presidential address pointing to the weakness within the church that has led to the clergy abuse crisis.

Repeatedly citing the words of St. Augustine, he said “in order that weakness might become strong, strength became weak.”

He called for action to lift the entire brotherhood of bishops from a place of weakness that has allowed the clergy sex abuse crisis to exist. While there were to be no votes on specific action at the meeting, he said the deliberations the bishops would undertake would set them on the route to healing for the church and for victims of abuse.

He also held up his own weakness to victims, saying: “Where I have not been watchful or alert to your needs, wherever I have failed, I am deeply sorry.”

Cardinal DiNardo urged the bishops to root themselves in the life and teaching of Jesus to lead the church and the victims of abuse to healing. He also called for the bishops to focus on the needs of victims so that “our example not lead a single person away from the Lord.”

He also said that the bishops must be as accountable as anyone else in ministry in the church and that they, like priests and other church workers, must adhere to the same standards of conduct identified in the “Charter for the Protection of Children and Young People.”

“Whether we will be remembered as guardians of the abused or of the abuser will be determined by our action beginning this week and the months ahead. Let us draw near to Christ today sacrificing him our own ambitions and promptly submit ourselves totally to what he demands of us both in love and justice,” he said.

In his seven-minute address, the cardinal said that he read that St. Augustine warned there are two extremes that pose dangers to the faithful — despair and presumption.

“We and the faithful can fall into despair believing that there is no hope for the church or [for] good change in the church. We can also believe that there are no hopes for healing from these sins,” he said.

Presumption can lull the church into inactivity, he added, “by presuming that this will blow over, that things simply return to normal on their own. Some would say this is entirely a crisis of the past, and it is not. We must never victimize survivors over again by demanding that hey heal on our timeline.”

While the majority of abuse incidents occurred decades ago, the pain among victims “is daily and present,” he continued and warned against leaving behind people who have been hurt by clergy.

“In justice we must search for every child of God whose innocence is lost to a horrific predator at any time decades ago or this very day,” Cardinal DiNardo said.

He explained that healing can result through forgiveness, adding, “Let us not only be willing but also ready and eager to ask for forgiveness.”

“Combating the evil of sexual assault in the church will require all our spiritual and physical resources,” he said. “We must draw near to Christ in our sorrow, in humility and in contrition to better hear his voice and discern his will. It is only after listening that we can carry out the changes needed, the changes the people of God are rightfully demanding.”