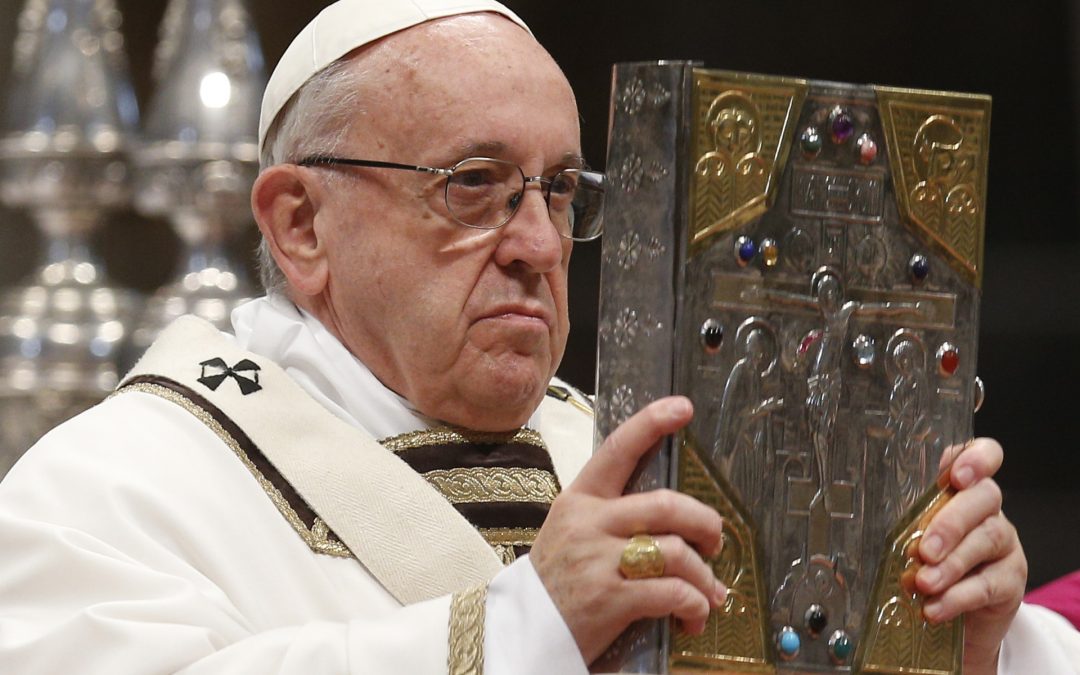 VATICAN CITY (CNS) — The Vatican said comments attributed to Pope Francis denying the existence of hell are a product of an Italian journalist’s “reconstruction” of the pope’s remarks and not a faithful transcript of the pope’s real words.

Eugenio Scalfari, a co-founder and former editor of La Repubblica, an Italian daily, said Pope Francis — with whom he has had several telephone conversations and face-to-face meetings — invited him to his residence March 27.

During their conversation, Scalfari, 93, an avowed atheist, claims the pope said that while the souls of repentant sinners “receive the forgiveness of God and go among the line of souls who contemplate him, the souls of those who are unrepentant, and thus cannot be forgiven, disappear.”

“Hell does not exist, the disappearance of sinful souls exists,” Scalfari claims the pope said in the interview published March 29.

The Italian journalist has explained on more than one occasion that he does not take notes or record his conversations with the pope; he re-creates them afterward from memory, including the material he puts in quotation marks.

The Vatican issued a statement soon after the article was published, saying the pope did receive Scalfari “in a private meeting” to exchange Easter greetings, but he did not “give him an interview.”

Regarding the alleged words of the pope, which were also published in a similar article written by the journalist in 2014, the Vatican said Scalfari’s article “is a product of his own reconstruction in which the actual words pronounced by the pope are not cited.”

“No quotes of the aforementioned article should therefore be considered as a faithful transcription of the Holy Father’s words,” the Vatican said.

According to the Catechism of the Catholic Church, “immediately after death, the souls of those who die in a state of mortal sin descend into hell, where they suffer the punishments of hell, ‘eternal fire.'”

“The chief punishment of hell is eternal separation from God, in whom alone man can possess the life and happiness for which he was created and for which he longs,” the catechism says.

The alleged quotes ascribed to Pope Francis directly contradict the many public remarks he has made in homilies and speeches confirming the existence of hell.

Meeting a group of children and teens during a Rome parish visit March 8, 2015, a female Scout asked the pope, “If God forgives everybody, why does hell exist?”

The pope praised the question, saying it was “very important” as well as “a good and difficult question.”

The pope assured the children that God is good but reminded them that there was also a “very proud angel, very proud, very intelligent, and he was envious of God. Do you understand? He was envious of God. He wanted God’s place. And God wanted to forgive him, but he said, ‘I don’t need your forgiveness. I am good enough!'”

“This is hell: It is telling God, ‘You take care of yourself because I’ll take care of myself.’ They don’t send you to hell, you go there because you choose to be there. Hell is wanting to be distant from God because I do not want God’s love. This is hell. Do you understand?”

On other occasions, the pope has described hell as the destination for those who choose to continue to sin and do evil.

Speaking to families of victims of the Mafia March 21, 2014, the pope made an appeal to all men and women in the Mafia to stop, turn their lives around and convert.

“Convert, there is still time for not ending up in hell. It is what is waiting for you if you continue on this path,” the pope said.