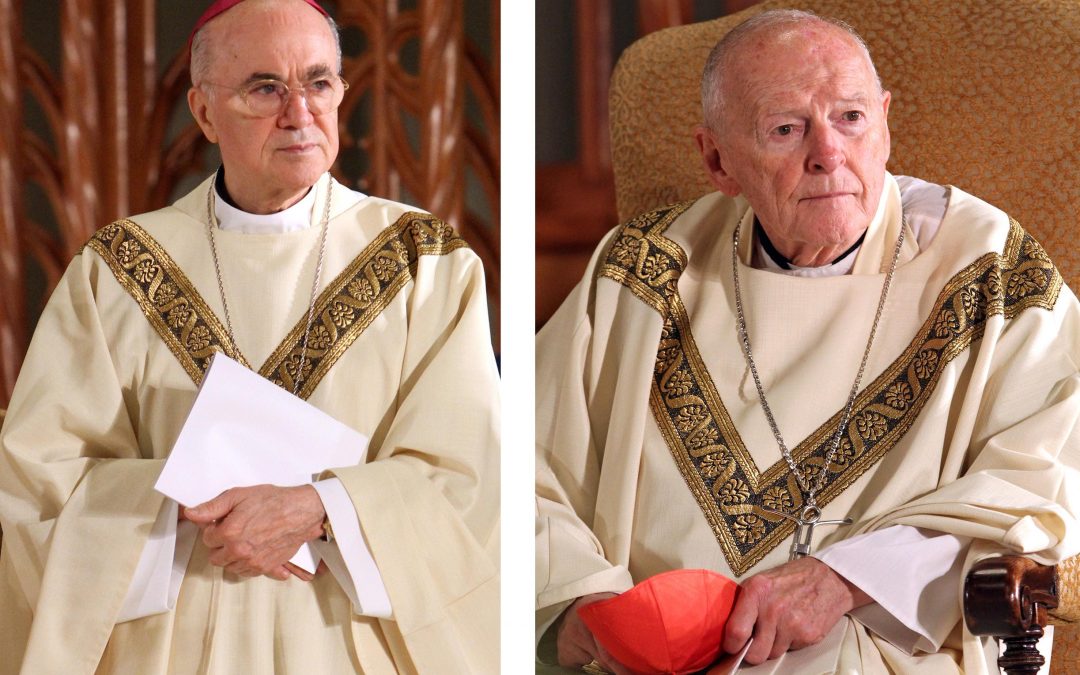 By Junno Arocho Esteves | Catholic News Service
VATICAN CITY (CNS) — Promising a thorough review of how the Vatican handled allegations of sexual misconduct by former Cardinal Theodore E. McCarrick, the Vatican acknowledged that what happened may fall short of the procedures that are in place today.

“The Holy See is conscious that, from the examination of the facts and of the circumstances, it may emerge that choices were taken that would not be consonant with a contemporary approach to such issues. However, as Pope Francis has said: ‘We will follow the path of truth wherever it may lead,'” the Vatican said in statement released Oct. 6.

The Executive Committee of the U.S. Conference of Catholic Bishops had said in August that they would seek such an investigation, and leaders of the bishops’ conference met with Pope Francis Sept. 13 to tell him how the church in the United States has been “lacerated by the evil of sexual abuse.”

After the meeting with the pope, neither the bishops nor the Vatican mentioned an investigation. However, the president and vice president of the conference — Cardinal Daniel N. DiNardo of Galveston-Houston and Archbishop Jose H. Gomez of Los Angeles — are at the Vatican for the Synod of Bishops and are likely to meet the pope again Oct. 8.

Renewing its commitment to uncovering the truth, the Vatican also said that information gathered from its investigation as well as “a further thorough study” of its archives regarding the former cardinal will be released “in due course.”

“Both abuse and its cover-up can no longer be tolerated and a different treatment for bishops who have committed or covered up abuse, in fact represents a form of clericalism that is no longer acceptable,” the Vatican said.

According to the statement, the pope ordered a preliminary investigation by the Archdiocese of New York after an allegation that Archbishop McCarrick abused a teenager 47 years ago; the allegation subsequently was found to be credible.

Pope Francis, the Vatican said, accepted Archbishop McCarrick’s resignation from the College of Cardinals after “grave indications emerged during the course of the investigation.”

In the weeks after the allegations were made public, another man came forward claiming he was abused as a child by Archbishop McCarrick and several former seminarians have spoken out about being sexually harassed by the cardinal at a beach house he had.

The Vatican statement comes more than a month after Archbishop Carlo Maria Vigano, former nuncio to the United States, released an 11-page “testimony” claiming that church officials, including Pope Francis, failed to act on the accusations of abuse by Archbishop Theodore E. McCarrick.

Archbishop Vigano had claimed that Pope Benedict XVI later “imposed on Cardinal McCarrick sanctions similar to those now imposed on him by Pope Francis.”

“I do not know when Pope Benedict took these measures against McCarrick, whether in 2009 or 2010, because in the meantime I had been transferred to the Governorate of Vatican City State, just as I do not know who was responsible for this incredible delay,” he said.

Then-Cardinal McCarrick, he claimed, “was to leave the seminary where he was living” which, at the time, was the Redemptoris Mater Seminary in Hyattsville, Maryland, and was also “forbidden to celebrate Mass in public, to participate in public meetings, to give lectures, to travel, with the obligation of dedicating himself to a life of prayer and penance.”

However, photos and videos during the time of the alleged sanctions gave evidence that Archbishop McCarrick appeared in public with Archbishop Vigano and continued to concelebrate at large public Masses and visit the Vatican and Pope Benedict himself.