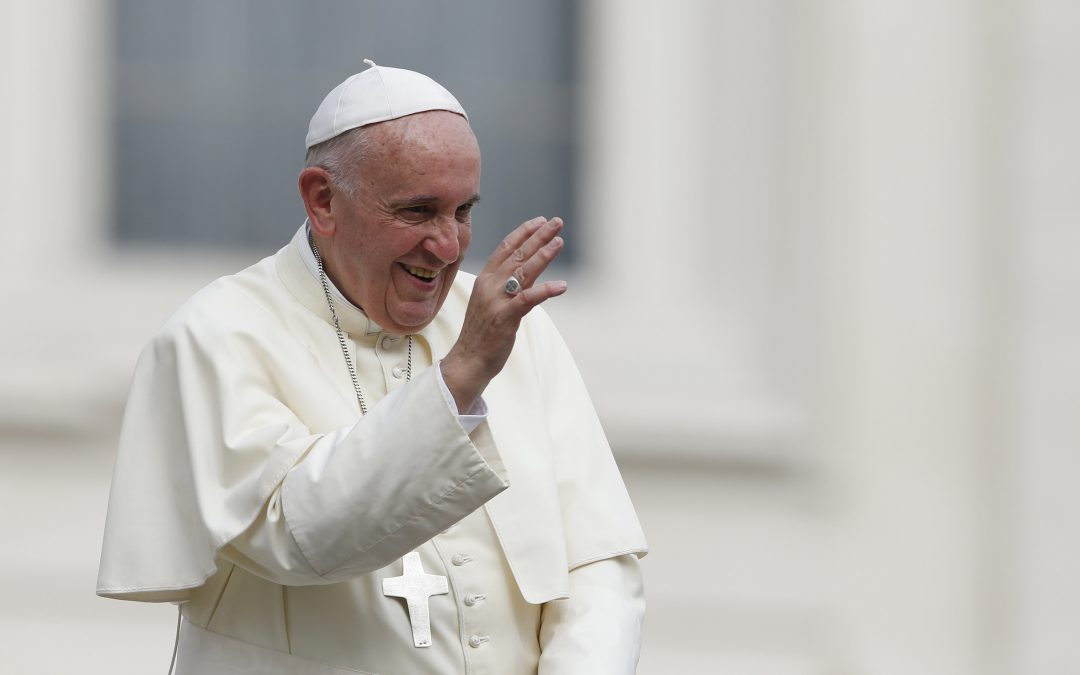 VATICAN CITY (CNS) — Embracing Pope Francis’ request to sponsor a refugee family, the Vatican’s St. Anne parish has welcomed a family of four from Damascus, Syria.
In an appeal Sept. 6, the pope called on every parish, religious community, monastery and shrine in Europe to take in a family of refugees, given the ongoing crisis of people fleeing from war and poverty.
He said being Christian means giving a concrete sign of hope and God’s mercy to those in need.
The papal Almoner’s Office, which responds to individual requests for assistance and helps coordinate Pope Francis’ direct requests for assisting the homeless in Rome, announced Sept. 18 that a refugee family was being cared for by St. Anne’s parish inside Vatican City.
The family — a mother, father and two children — belong to the Melkite Catholic Church, one of the Byzantine-rite churches in full union with Rome.
The family arrived in Italy Sept. 6, the day the pope made his appeal, the Vatican said; they have been offered a Vatican apartment near St. Peter’s Square, as requested by Pope Francis.
Their request for asylum had been filed with Italian authorities, the Vatican said, and in accordance with Italian law, family members are not allowed to seek employment for the next six months. St. Anne’s parish was providing all needed assistance and care in the meantime.
The Vatican said St. Peter’s Basilica was still in the process finalizing details for taking in a refugee family.
The Almoner’s Office said that for years it has made financial contributions to Jesuit Refugee Service’s Astalli Center in Rome to help cover the costs of permits that allow refugees to stay in Italy. The office also provides funding and aid in the pope’s name for many refugees who receive services at a variety of other centers in Rome.
In addition, Pope Francis recently made available a mobile medical unit for refugees in Rome.
The medical unit had been donated to the pope a few years ago, the Almoner’s Office said, and had been used only during papal events.
“For a few days now,” the unit has been brought out “a few times a week to assist refugees” in the outskirts of Rome.
The mobile unit is staffed by volunteers, who are doctors, nurses, Swiss guards, Vatican City State employees, staff at a Rome university and members of an Italian association of volunteer medics, the office said.