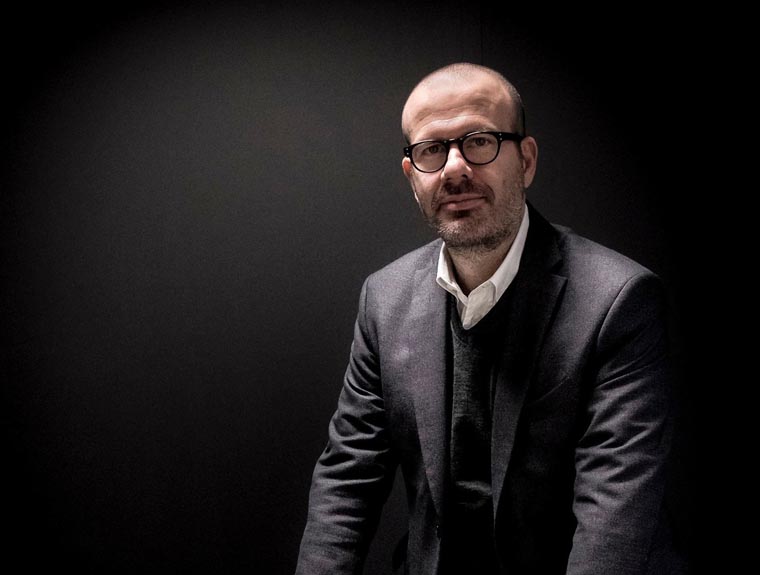 VATICAN CITY (CNS) — From the moment of his election, Pope Francis’ down-to-earth take on communicating the Gospel has led to countless front-page headlines either praising or criticizing him.

But his disarming and sometimes even blunt style also has meant he has become a popular target of “fake news.”

In fact, there is enough of it out there to fill a book.

When the pope speaks unguardedly, “there is a risk that some of his expressions can be manipulated or interpreted incorrectly,” Italian journalist Nello Scavo told Catholic News Service.

However, he added, “I absolutely think he should not change his style.”

“Every priest on Sunday, when he delivers a homily, takes a risk when speaking,” Scavo said. “And the pope, in this way, acts like a pastor. In this sense, he has become a ‘global pastor.'”

Despite the risk of his words being misinterpreted, the pope’s candid way of speaking brings a sense of closeness not just to Catholics, but also to people of different faiths.

“In my travels I have noticed, especially in the Islamic world, a change of attitude toward Rome, toward the pope, because he is able to overcome the barriers of official communications and is able to reach all people, even the humblest ones,” Scavo told CNS.

An investigative journalist for the Italian Catholic newspaper Avvenire, Scavo ran across countless stories about and doctored photos of the pope while conducting research for his book, “Francis’ Enemies.”

He compiled the most popular fake news stories — and debunks them — in his new book, “Fake Pope: The False News about Pope Francis.”

The book, released in Italian May 25, includes copies of digitally manipulated photos that have spread online during the five years Pope Francis has been pope. One photo shows the pope greeting the crowds from the balcony of St. Peter’s Basilica moments after his election. In the shot, horns have been added to the pope’s shadow. Scavo’s book displays the original — obviously hornless — photo as well.

“Many thought that there was truly the shadow of the devil behind the pope in the moment of his appearance in the loggia,” Scavo said.

The book also has a photo, which was posted on an Instagram account claiming to be affiliated with the Vatican, that purports to be the first papal selfie. The photo made headlines and was even featured on CNN.

But in reality, it was a screenshot from a video chat Pope Francis held with young men and women from around the world during a 2015 event sponsored by Scholas Occurrentes.

While fake news stories and photos are often laughable, Scavo said, they also reveal “how much violence there is in the media against” the pope.

When the world was introduced to Pope Francis and people were trying to figure out who he was, several false stories and doctored photos were published.

To prove that statement, the Italian journalist included in his book several doctored photographs from the pope’s earlier years in his native Argentina. One claims to show a young Jorge Mario Bergoglio being held by Evita Peron standing alongside her husband, Argentine President Juan Peron.

Another photo Scavo mentions in his book is of a priest — erroneously identified as a young Father Bergoglio — giving Communion to Argentine dictator Jorge Rafael Videla.

The picture, which was shared widely on the internet, was considered proof that the new pope supported a right-wing dictatorship responsible for the deaths and disappearance of an estimated 30,000 people.

While researching his first book, “Bergoglio’s List,” Scavo gathered testimonies that proved the pope had instead saved the lives of nearly 100 people targeted by the dictatorship.

With the gamut of false reports ranging from the ridiculous to distorted half-truths, Scavo told CNS that false news continues to be used as a “weapon of mass distraction,” used by both pranksters and groups with clear agendas not only to discredit Pope Francis but “to turn people’s attentions from the real problems.”

“He is a pope that evidently bothers some people, that makes some people uncomfortable,” Scavo said. “But fake news makes money because some internet sites have greatly increased their visibility thanks to false information.”

Reputable news organizations have beefed up procedures to check the veracity of news stories, he noted, but in many cases the speed with which information is shared and spread today makes those efforts ineffective.

“By the time someone comes and says the information is false, it’s often too late because it has already been circulated worldwide,” he said.

Responsibility for the spread of false news obviously does not lie solely with news organizations and journalists, he said. Readers must also be diligent in verifying information and, when necessary, preventing the spread of falsehoods.

“When I am making a purchase online — if I’m looking to buy something on Amazon, eBay or somewhere else — I always look at the reviews; I want to make sure that my credit card isn’t stolen,” Scavo said. “Why then, when we look for information, do we not pay the same attention?”