Young and old: Two thrown-away generations can save the world, pope says 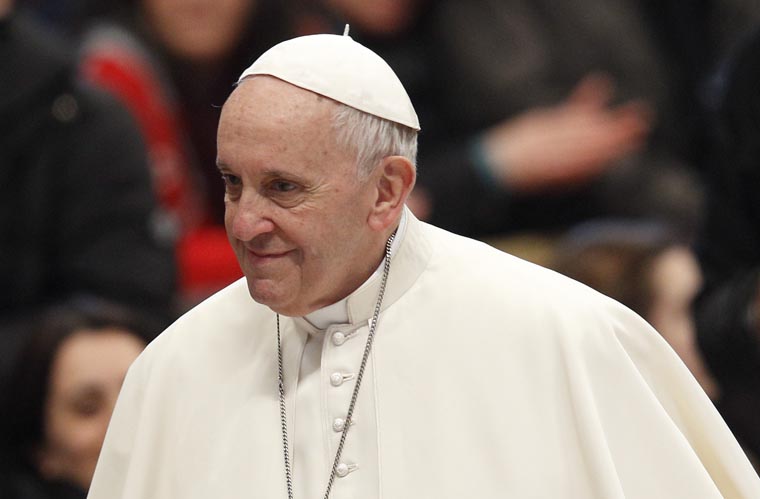 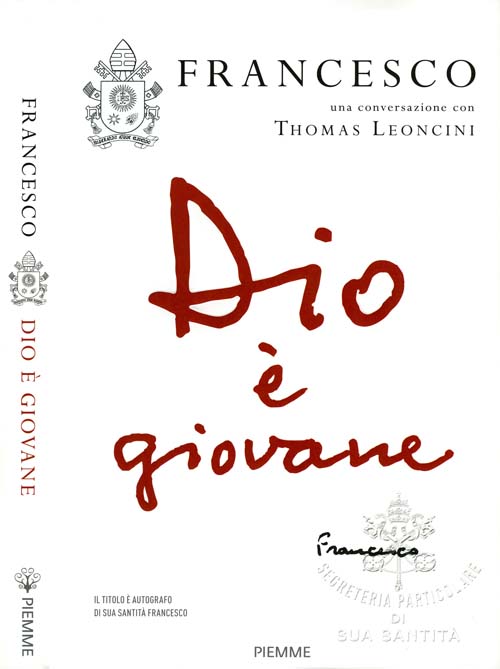 This is the cover of a new book-length interview with Pope Francis, titled “God is Young,” by Italian author Thomas Leoncini. The book was released in Italian, German and French in March and is expected to be released in English Oct. 2. -CNS photo | courtesy Piemme

By Carol Glatz Catholic News Service
ROME (CNS) — A new book-length interview with Pope Francis, titled “God is Young,” represents a kind of “how-to” guide for creating a “revolution of tenderness” in which young people and the elderly — both “thrown away” by society — band together to help change the world.

Written by 32-year-old Italian author Thomas Leoncini, the book was released in Italian, German and French March 20-22 in time for regional World Youth Day celebrations on Palm Sunday, March 25. The English edition, published by Penguin Random House, was due to be released Oct. 2 in time for the world Synod of Bishops on young people Oct. 3-28. The Spanish edition was due out March 27.

The pope hoped the book, which is a series of interviews in question-and-answer format, would be a way to get an “unfiltered” message to young adults and those closest to them around the world, Leoncini said in the book’s introduction.

The courage, energy and creativity of young people, together with the wisdom and experience of older generations, “are the necessary ingredients of the gentle revolution we all deeply need,” Leoncini wrote.

The interviews — between an 81-year-old and a man 50 years younger — reflect the exact process the pope would like to see worldwide: young and old sharing their dreams and concerns with the aim of making the world a better place by helping others.

The pope shares personal details of his life growing up and addresses a broad range of issues, like climate change, leadership, social media and technology, bullying, cosmetic surgery and “purse dogs.”

Some excerpts translated from the Italian:

— God “is young because he makes all things new and loves newness, because he amazes and loves amazement, because he knows how to dream and desires our dreams, because he is strong and enthusiastic, because he builds relationships and asks us to do the same. He is social.”

— So-called “purse dogs” that can be carried around in a handbag have become “a slave of the owner, who relishes this artificial relationship in order to replace human social relationships, which require dialogue and mutual exchange.”

— “Why don’t we love ourselves and the way God made us? Why are human beings, men and women, increasingly becoming slaves to appearances and to having, forgetting how essential being is?”

— The mindset “that holds no particular concern for the environment is the same mindset that throws away the most fragile.”

— “It seems the shame of sinning no longer exists, and this is a terrible sin.”

— “Diversity allows us to dig deep into the soul and heart: black or white doesn’t exist; black, white, gray and then all shades of gray exist. We are all children of the same God, we have to recognize this and be ready to welcome every young person. Life itself is gray, it is a quest toward which we cannot be rigid, but like society, proudly multicolored.”

— “When I was young I was greatly afraid of not being loved.” When asked how he overcame that fear, the pope said he sought to be authentic because “if people respect you for what you truly are, then you will see that you will feel loved.”

— “Old dreamers and young prophets are the way of salvation of our rootless society — two thrown-away generations who can save everyone.”