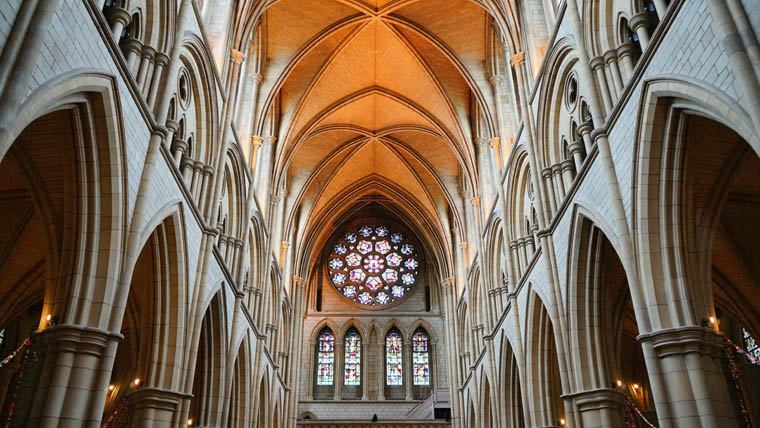 Each year, the Diocese of Syracuse honors its clergy who are celebrating milestone anniversaries. Here, the Sun offers a brief look at jubilarians marking 50, 60, and 65 years of dedicated priestly service. Last week’s issue featured jubilarians marking 25, 30, and 40 years. 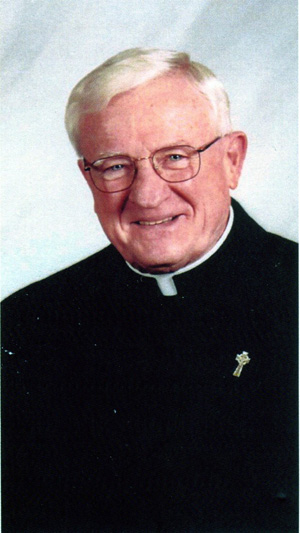 A former businessman, soldier, and parade leader, Father Ahern is reflecting on a varied life as he celebrates his 50th jubilee. He has served in Pulaski, Mattydale, Syracuse, DeWitt, and Liverpool. He also worked at St. Joseph’s Hospital as a chaplain.

Each generation of the faith is different, he said, and “we have to go along with the difference and make an impact.”

He is also thinking about the next group of priests who will be working in linked parishes. “It’s going to be different for them,” he said, “but then again there has to be changes within the Church itself. Thank goodness for our deacons. I think that’s very important. They do a great job.” He also thinks Pope Francis is doing a great job. “We’re lucky to have him. … We have to pray for him every day,” he said.

Father Ahern remembers the old Parochial League and the Friday night basketball games, perhaps followed by a hamburger at a restaurant. He remembers all the theaters that used to be on Salina Street, and he remembers their names too.

He graduated from St. Lucy’s on Gifford Street in Syracuse, and he celebrated his first Mass there too. During school he started working for Carrier Corp. when that company operated on South Geddes Street. The company moved to Carrier Circle and he worked there in accounting. He moved to Carrier’s Madison Avenue site in  Manhattan for a short time before he was drafted into the Army.

Father Ahern served in Louisiana and remembers the Mississippi River. “It was just lovely,” he said. He drove tanks and ended his two-year stint in an office job. He also had brothers who served in the Air Force and the Marines. He remembers heading out of the barracks to go to Mass, and he remembers studying for the priesthood with fellow ex-GIs. He was ordained at age 33.

In 1991, Father Ahern served as the grand marshal of the St. Patrick’s Day Parade in Syracuse. “It’s wonderful,” he recalled. “Going down Salina Street! You had your big dinner before at the Hotel Syracuse.” He enjoyed being on the reviewing stand and waving at everybody and wishing them luck.

Father Ahern’s late brother Patrick served as the grand marshal of the same parade in 2004. Patrick was a great guy who helped and inspired people who had drinking problems, he said. “He was a fine young brother, God bless him.”

Father Ahern is from a family of five boys and two girls; one sister survives. He has 23 nephews and nieces, four great-nieces, and one great-nephew.

Now Father Ahern lives in Jamesville at The Nottingham, where there is always the 10 a.m. Mass in the priest chapel and there is always programming. “I’m not a couch guy, you know what I mean?” he said. “I like to keep busy.”

“The Holy Spirit’s still in charge. … But, again, you’ve got to be open to be guided by the Holy Spirit,” he said. “That’s the important thing.” 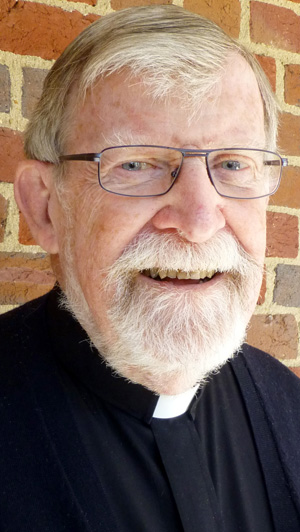 Father Creed identifies with the title of a book by Archbishop Fulton Sheen: The Priest Is Not His Own.

That means that Father Creed lives to serve, and he’s happy doing it up North or in the South.

He was ordained in the Diocese of Syracuse and worked for 23 years in diocesan schools. He also served parishes full time in Manlius, Marcellus, Syracuse, and Endicott. He added weekend duty for parishes in Central Square, Rome, Oneida, Baldwinsville, and Fairmount.

In 2002 he moved to the Diocese of Richmond in Virginia. He served in three parishes there before his retirement. Excardinated from the Syracuse Diocese, he now lives in Williamsburg. A lot of Northerners have moved there, he said. This year’s snow total was 13 inches, he said, and that all came on one day. Schools were closed for several days.

“People are the same all over because people have needs,” Father Creed said. “And they’re loving, and they want to know how to get in touch with God and love more.”

The Diocese of Richmond covers close to two-thirds of the state, he said; it takes 14 hours to drive from one end of the diocese to the other. The diocese has about 150 priests, he said, including a lot of international priests. “Doing the best we can with what we have,” he said. He gives spiritual direction and retreats.

Father Creed also works with another group of people who deserve love, care, and respect: the military. For five years, he has worked as the Senior Priest for Langley Air Force Base/Fort Eustis. He administers the sacraments on weekends and during the week to help out. Langley has two chapels, he said, and about 50 percent of the attendees are retired military people; about 35 percent are active military.

Father Creed will celebrate his jubilee next weekend at three different parishes where he has served; there will be a Mass and a reception at each one of them. He hopes that people wear nametags so that he can remember them. He is pretty good at names, he said, but not the best.

Asked what he’s reflecting on for his 50th, he said: “I’m remembering the people who have touched me along the way in each different spot.”