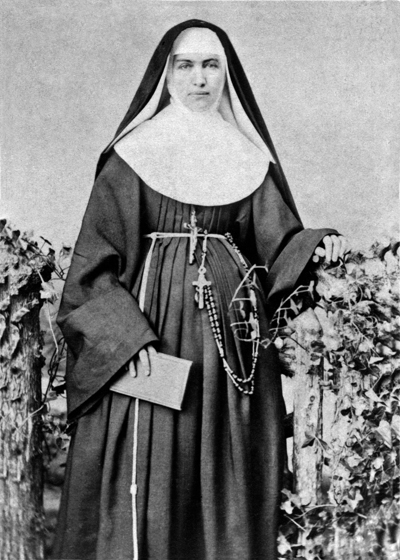 It may not have been Hawaiian weather but the sun was shining in Syracuse on May 14 as Bishop Robert Cunningham celebrated a noon-time Mass marking the fifth anniversary of the beatification of Bl. Mother Marianne Cope. The Franciscan sisters joined with the faithful of the diocese at the Cathedral of the Immaculate Conception for the Friday afternoon celebration. A banner depicting Mother Marianne was on the altar and several of the Sisters of St. Francis were there providing readings and music for the occasion.

It was five years ago that Mother Marianne was beatified at St. Peter’s Basilica by Cardinal Jose Saraiva Martins, the first beatification liturgy since 1971 that was not presided over by the pope.

Mother Marianne served on the Hawaiian island of Molokai for 30 years ministering to the lepers who had been sent there to live in exile. Before her journey to Hawaii, Mother Marianne had been administrator of St. Joseph’s Hospital where she gained much of the health care experience that would greatly benefit her work with the lepers. A native of Germany, Mother Marianne’s family moved to Utica when she was a toddler. She joined the Sisters of St. Francis in Syracuse and served in the diocese before moving to Hawaii with six other sisters in 1883. Mother Marianne opened a hospital and a girls’ school on the island of Maui before she made her way to Molokai in 1888. It was her ministry to the lepers that mirrored the radical selflessness of St. Francis. She lived in Molokai the last 30 years of her life.

Kate and her parents were at the anniversary Mass and they also traveled to Rome for the beatification five years ago.

“It’s a great celebration that this occurred in the first place,” Kate Mahoney said after the anniversary Mass. “The possibility that she could be even closer to sainthood is another reason to celebrate.”

Bishop Cunningham said in his homily that saints provide hope and consolation saying they are “a living sign of Your saving power.”

The day’s reading, Acts 1:15-17, 20-26, spoke of Mathias, the Apostle who replaced Judas. Bishop Cunningham likened Mathias and Mother Marianne to “bench players” in the sports world. He described Mathias as someone who was there for Jesus, who had been there with Jesus since the beginning. When he was called on, Mathias was deputed to keep Jesus alive, present and active in the world. “Mathias was the face and voice of Jesus leading people closer to God.”

Centuries later, the bishop said, Mother Marianne would enter the scene as another bench player.

“All of a sudden becoming intimately involved in the work of the Lord,” Bishop Cunningham said, “becoming a mother for people suffering from leprosy.”

Bishop Cunningham said the Post-Standard’s obituary for Mother Marianne described her as one who “ranks among the martyrs of old.“

The bishop prayed, “Help us to move off the bench and into the field where we can all make Christ better known if we could all love each other as much as Christ loved us.”

Sister Michaeleen Cabral, OSF, played a Hawaiian song on her guitar as the sisters sang along. Some people present at the weekday Mass were there to get to know Mother Marianne’s legacy a little better, to find out more about the sister who may one day be a saint for the Syracuse Diocese.

Josephine Call is a Eucharistic minister at St. Joseph the Worker Church in Liverpool. She came to the Mass with her friend, Cathedral parishioner Libby Davenport.

“I’ve read about her and I wanted to find out more about her,” Call said. “I read about the Mass in our bulletin and decided I’d like to come. It would be just great to have a saint from our diocese.”

“Today was  a fitting tribute to an heroically virtuous woman from our own area,” Sister Mary Laurence said after the Mass. “We can be very proud of her— it is a rare distinction for an American woman to reach the status of  ‘blessed.’  There are only four other persons who have been beatified in the entire U.S.  This stage is one step before sainthood and we need one miracle case verification for her to be ‘sainted.’”

“I am reminded at the time of the initiation of  Mother’s Marianne’s cause years ago, that we  received a letter from a famous ‘old- time’ movie actress, Loretta Young,  saying ‘I am thrilled with Mother Marianne’s very existence… she is a special child of  God,’” Sister Mary Laurence said. “I always recalled these words because they say it so well, that Mother Marianne is a source of encouragement and inspiration. This is our sisters’ real purpose in honoring her  — she can help others by her inspiration and by her prayers.”