All Saints’ Day: History and traditions 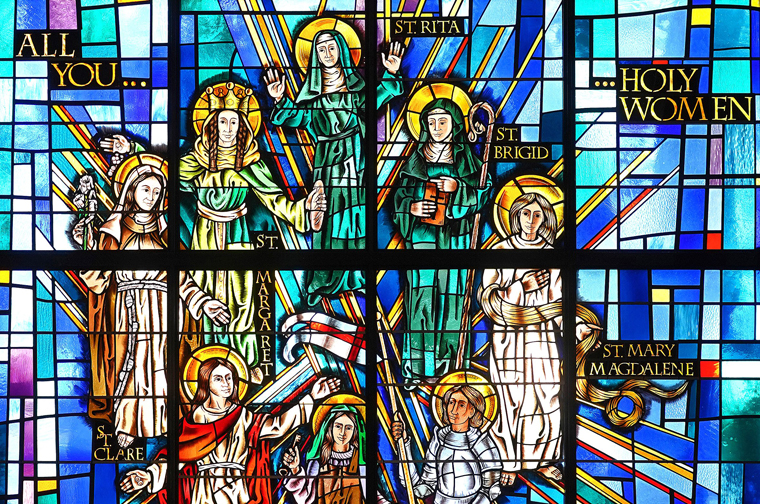 The author of the Letter to the Hebrews wrote, “Therefore, since we are surrounded by so great a cloud of witnesses, let us rid ourselves of every burden and sin that clings to us and persevere in running the race that lies before us while keeping our eyes fixed on Jesus, the leader and perfecter of faith” (12:1-2).

This passage is a beautiful description of the communion of saints, something so fundamental to the Christian faith that all Christians express their belief in it when reciting the Apostles’ Creed.

A saint is someone who is in heaven — it is as simple as that. While “saint” as a title is reserved to those whose lives the church has thoroughly investigated (typically through whose intercession two miracles can be demonstrated to have occurred), the term applies to anyone in heaven.

Everyone from your saintly grandmother to the martyrs facing death for Christ: They are all part of the communion of saints. The church commemorates all these saints on All Saints’ Day.

All Saints’ Day was not always a solemnity observed by the universal church, and is not celebrated everywhere on Nov. 1. The feast originated in the earliest centuries of the church, when Christians commemorated the many martyrs who died at the hands of their Roman persecutors.

Because there were so many martyrs, they could not each have their own feast day; but they were seen as such important witnesses that the Christians did not want to leave any of them out.

As a result, a single commemoration for “all the martyrs” was observed each spring, which celebrated those who did not have their own unique feast.

This is the earliest observance we know about something similar to All Saints’ Day. Many of the Eastern Catholic churches still commemorate All Saints’ Day in the spring.

After Christianity was legalized throughout the Roman Empire in 313 and the violent and bloody persecutions came to an end, it was common to commemorate the martyrs in various areas around the empire.

We even see this referred to in the writings of the saints, with St. Ephrem (d. 373) and St. John Chrysostom (d. 407) making reference to a commemoration of all saints.

This practice spread far throughout the Mediterranean and beyond, with commemorations of all saints showing up in Antioch, Rome, England, Salzburg, and more.

In the early seventh century, Pope Boniface IV dedicated the Roman Pantheon — formerly a shrine to all the gods of Roman mythology — as a Christian church of the Blessed Virgin and all the martyrs.
Pope Gregory III consecrated a chapel at St. Peter’s Basilica to all the saints, as well, with an anniversary date of Nov. 1. Rome adopted Nov. 1 as the date of the feast of All Saints in the eighth century, and in the ninth century Pope Gregory IV extended that observance to the whole of the Latin Church.

Now, centuries later, All Saints’ Day is a holy day of obligation and recognized as one of the most important feasts on the liturgical calendar. However, the celebration of Halloween typically overshadows the commemoration of All Saints’ Day.

Most of us realize that Halloween is in reality the vigil of All Saints’ (“Allhallows Eve” or “Hallow E’en”), but All Saints’ Day itself has become a bit of an afterthought.

It shouldn’t be this way! The saints are our friends, our intercessors, our brothers and sisters in Christ. They care deeply for us, and their lives are recognized by the church as exemplary, as models to follow.

So how can we celebrate this wonderful feast of All Saints’ Day?

Whether you are commemorating individually or in a group or a family, there are many ways to observe this solemnity. The most obvious is: Go to Mass! It is a holy day of obligation, and there is no more appropriate way to commemorate the saintly lives of those who have gone before us than the Eucharistic sacrifice.

It is also good to do other liturgical or prayerful things to mark the day: Pray the Divine Office for All Saints’ Day; read the lives of the saints; watch a movie about a saint; pray the litany of saints; think back to your confirmation saint and study that saint’s life.

Similarly, if any of your children share the name of a saint, learn about that saint together: Read about the saint and pray together, asking for the saint’s intercession.

There are also a number of creative and fun games that can be played to help celebrate All Saints’ Day. Try putting on a play of the life of a saint (many Halloween costumes can be repurposed to be saints costumes). There are books for all ages, coloring books, and even comic books featuring the saints.

All Saints’ Day is the perfect time to pray to all these holy men and women, asking for their intercession for the conversion of sinners, so that we might all become saints.

Senz works for Ignatius Press and is a freelance writer who lives with his wife and four children in Oregon.