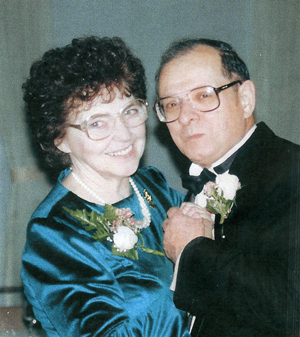 Anne and John Angiolillo celebrated their 56th anniversary on May 8.

John retired from General Electric Company after 34 years and Anne retired from New York State Department of Law after 17 years. Both have been active in music ministry at Holy Trinity Church in Syracuse. Anne served as organist for over 30 years and John as cantor. They also volunteer at All Saints Elementary School and enjoy spending time with family.