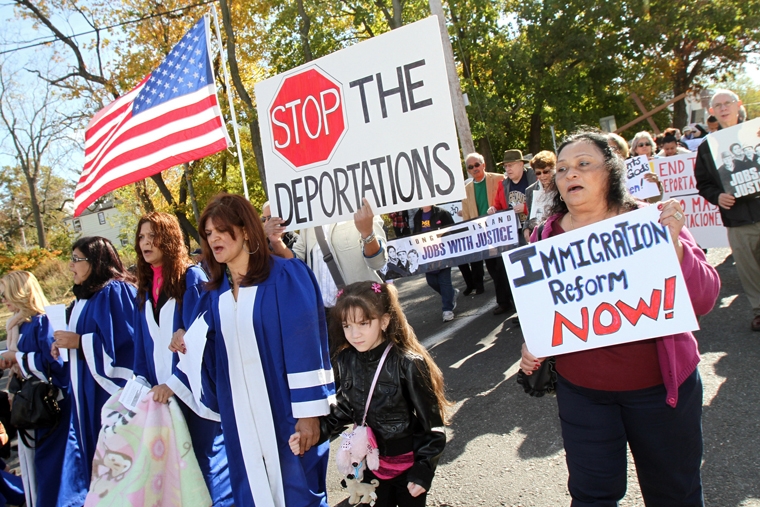 NEW ORLEANS (CNS) — A three-judge panel of the 5th U.S. Circuit Court of Appeals May 26 refused to stay a preliminary injunction issued by a federal judge in Texas to block the Obama administration’s expansion of a deferred deportation program.

Texas and 25 other states have sued to stop the programs and filed a request for a temporary injunction to put the programs on hold while their lawsuit moves forward. On Feb. 16 Judge Andrew Hanen of the U.S. District Court for the Southern District of Texas, Brownsville, granted the request.

Hanen’s order did not address the legality of the program but focused on government procedure and whether the administration needed to follow its requirements for how to promulgate a “rule change.”

Obama has argued that lack of congressional action to fix what many call the “broken” immigration system, preferably with a bipartisan piece of legislation, forced him to take executive action to provide relief to those immigrants ineligible for the 2012 program. That original program is not affected by the injunction.

In the 2-1 appeals court ruling, Judges Jerry Smith and Jennifer Walker Elrod said president does not have the authority to act on behalf of a class of people without judicial review. They said his executive action goes beyond simple non-enforcement of deportation laws.

Judge Stephen Higginson issued a strongly worded dissent, saying that in the absence of any progress by Congress on immigration reform, the Obama administration did have the authority to take executive action.

The White House has asked the full 5th Circuit to expedite its review of administration’s appeal of Hanen’s order. The Justice Department also will review the 2-1 ruling, according to a White House statement May 26.

In Salt Lake City, during the May 13-15 annual convening of Catholic Legal Immigration Network Inc., known as CLINIC, a federal immigration official said at a plenary session that despite the lawsuit against Obama’s executive action on DAPA and on expanding DACA, he remained optimistic that immigration reform will come.

The DACA and DAPA programs were on the way to such reform, and “what’s happening now in court, whatever the outcome, begs the question that we must ask our leaders, including me: How would you solve the problem? If Obama’s path is not the path you want, how would you solve the problem? And I think this court case actually causes us to ask that question,” Rodriguez said.

In the months since Hanen issued his order, organizations helping people prepare to apply for the programs have continued their work.

The same day the 5th Circuit judges’ ruling was issued, Boston Mayor Marty Walsh spoke out in support of Obama’s executive action, saying the ruling had not changed how he and his staff view the president’s efforts on behalf of immigrants.

Walsh added that a city-sponsored clinic scheduled for May 30 would go forward to help immigrants determine their eligibility for eventual administrative relief.