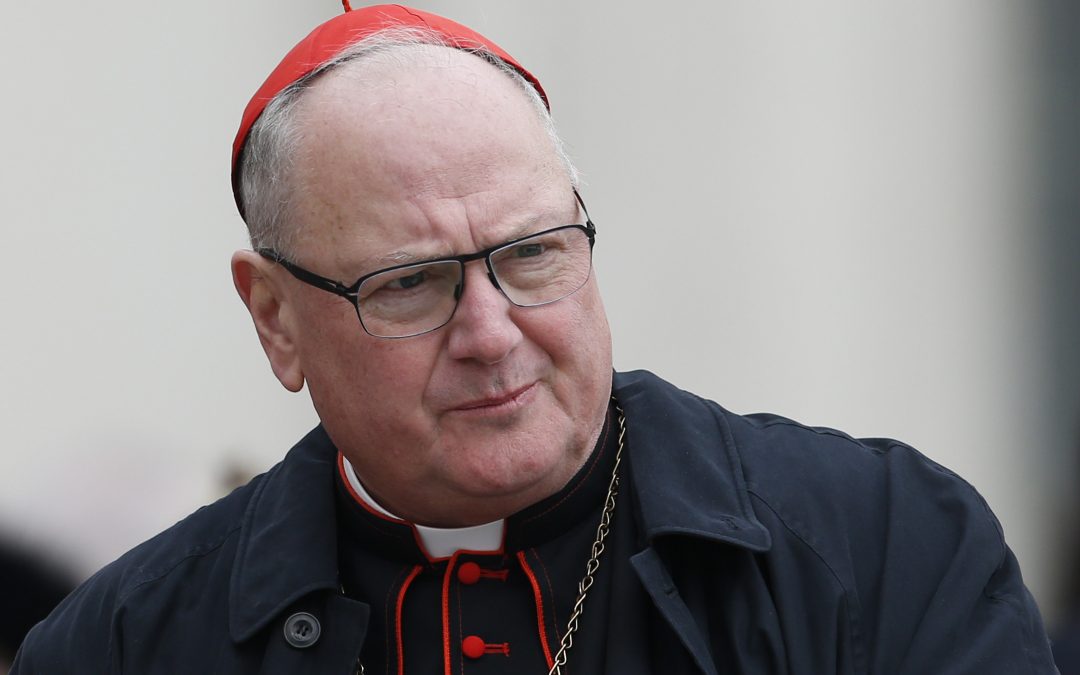 WASHINGTON (CNS) — Five Catholic prelates were among 106 faith leaders who shared their support for U.S. spending on international humanitarian aid in a letter to congressional leaders.

Dated March 16, the letter cited the importance of maintaining support for the humanitarian and development programs through the Department of State “that enable countless people to pull themselves out of poverty and live life with dignity.”

The letter was sent hours after the White House released a simplified version of its fiscal year 2018 budget that proposed deep cuts in federal spending on discretionary programs in the departments of State, Health and Human Services, and Housing and Urban Development as well as in the Environmental Protection Agency.

The budget proposes a 28 percent cut in the programs addressed in the religious leaders’ letter.

Smaller increases were included for homeland security — particularly $2.6 billion for building the border wall between the U.S. and Mexico and implementing border security technology — and $1.4 billion for school choice alternatives.

Signers of the letter included Maronite Bishop Gregory J. Mansour of Brooklyn, New York, who is chairman of the board of Catholic Relief Services, and Cardinal Timothy M. Dolan of New York, who offered a prayer during Trump’s inaugural ceremony.

Other Catholic leaders signing on were Archbishop Joseph E. Kurtz of Louisville, Kentucky, immediate past president of the U.S. Conference of Catholic Bishops; Archbishop Jerome E. Listecki of Milwaukee; Archbishop Salvatore J. Cordileone of San Francisco; and Bruce Wilkinson, president and CEO of the Catholic Medical Mission Board.

The letter cites the 25th chapter of the Gospel of Matthew, which instructs the faithful to serve poor and marginalized people as if they were serving God.

“As people of faith, we cannot turn our back on those in desperate need,” the letter said. “We are grateful for America’s global development and diplomacy programs that have been instrumental in saving lives, safeguarding religious liberties and keeping America safe and secure.”

The message reminded Trump that humanitarian and development assistance comprises 1 percent of the federal budget and that it has helped reduce extreme poverty worldwide by half, stopped the spread of infectious disease, including AIDS and Ebola, and has protected the religious freedom of millions of people around the world.

Bill O’Keefe, vice president for government relations and advocacy for the U.S. bishops’ overseas relief and development agency, said such deep cuts in aid “would set us back decades.”

In a statement, O’Keefe said human lives depend on such assistance.

“And our country’s future depends on it as well,” he said. “We can either help the poor and vulnerable develop and govern themselves — as we have been doing successfully — or we will be forced to confront these problems when they arrive on our shores, whether in the form of disease, violence or migration.”

The agency pointed to the growing need of humanitarian assistance as more people are being forced from their homes by climate change, poverty and war. Overall, an estimated 65 million people have been forcibly displaced, including 4 million in Syria, the agency said.

The White House said a detailed spending plan would be released in May.

Reaction to the budget varied, with supporters of social services for the poor, the elderly and children criticizing the proposal, while others seeking a reduction in deficit spending supported it.

Members of Congress on both sides of the aisle said they could not support some of the deep cuts Trump proposed, explaining that the programs being pared were vital to the country.