Catholic leaders in Holy Land pray for those hit by wildfires 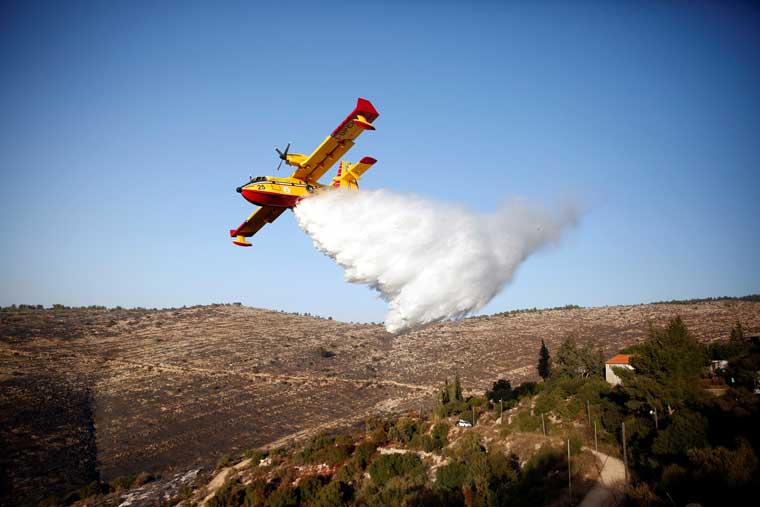 JERUSALEM (CNS) — Catholic leaders in the Holy Land expressed solidarity with those affected by regional wildfires, which continued to burn after five days.

“We thank God for the fact that the majority of human injuries were light; we express our solidarity with those who suffer from physical or material damage,” they said in a Nov. 25 statement.

“Our country needs the fire of love which unites people, expands hearts and thoughts and enables a safe life full of faith, justice and love,” they said.

By Nov. 28 security officials said most fires were under control; of the 90 fires that broke out throughout Israel and the West Bank, 40 were suspected arson, they said, adding they believe the outbreak of the initial fires was due to a combination of negligence, accidents and dry, windy weather after a two-month drought.

Local mosques and Christian institutions made themselves available for those evacuees in need of a place to stay, though the majority of the people stayed with family and friends or in hotels.

The fires broke out Nov. 22 and spread across the countryside, damaging hundreds of properties and forcing the evacuation of tens of thousands of people — 60,000 of those in the mixed Jewish-Arab city of Haifa, Israel’s third -largest city. Firefighters also battled flames in several Arab and Druze villages, including a village outside of Nazareth, and several communities outside of Jerusalem, including the Neve Shalom community, where Jews and Arabs live together.

Haifa is home to a large population of Christian residents who make up 14 percent of the city’s inhabitants. The numerous brush fires in the city did not affect the neighborhoods where the majority of Christians and Christian institutions are located.

At the same time in a sign of rare regional cooperation with its Arab neighbors, Israel received assistance in form of personnel and equipment from Jordan, Egypt and the Palestinian Authority in addition to other countries, including the United States, Turkey, Greece, Cyprus, Azerbaijan, Italy and Russia.

Israeli Prime Minister Benjamin Netanyahu called Palestinian President Mahmoud Abbas to thank him for his assistance, and the Israeli press reported that Jewish settlers from Halamish, one of the hardest-hit communities, came out to thank the Palestinian firefighters who had helped battle the flames.