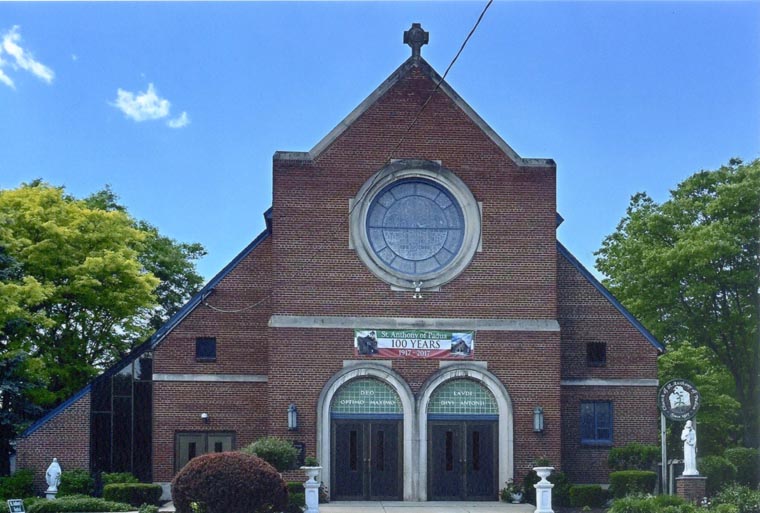 St. Anthony of Padua Church in Cortland will hold a Centennial Mass of Thanksgiving at 9:30 a.m. June 11, with Bishop Robert J. Cunningham presiding.

The church held its Centennial Dinner May 21 at Tinelli’s Hathaway House in Solon. Father Joseph Zareski delivered the welcome. “It was an absolutely wonderful affair,” said Philomena Corsi, co-chair of the Centennial Committee with Rita Alcorn.

Father Jerome Katz gave the invocation. Parish representatives were Annamaria Maniaci, Andrew Polley, and Al Saracene. The benediction was given by Father Mark  Kaminski. The celebrants sang the song “O Blessed St. Anthony,” composed by Dr. Samuel Forcucci, professor emeritus of music from SUNY Cortland. He was the choir director at St. Anthony’s for about 30 years.

The original church was blessed and opened for public worship June 10, 1917. A new church was built on the same site at 50 Pomeroy St. and dedicated on June 13, 1951, by Bishop Walter A. Foery.

On June 13, 1984, the renovated interior with the central altar was blessed and dedicated by Bishop Frank J. Harrison. The parishioners are thankful for the founding Italian immigrants who wanted a church of their own, and for all those who have helped develop the parish through the decades.