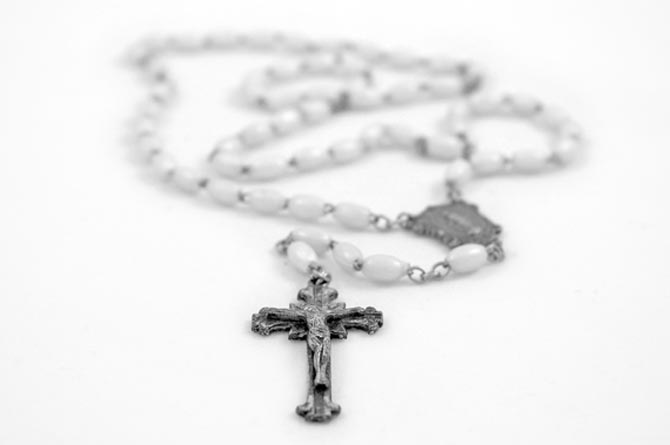 ALBANY, N.Y. (CNS) — The Albany and Ogdensburg dioceses, Catholic Charities agencies and other groups have filed a lawsuit against a branch of the New York state government and several health insurance companies challenging the constitutionality of making religious and other employers cover abortions for their workers.

Two mandates from the New York State Department of Financial Services have been placed on insurers — without any legislative or regulatory enactment — that have the effect of forcing religious and other employers to pay for abortions in employee health plans.

In a complaint filed May 4 at the New York State Supreme Court in Albany County, the plaintiffs charge that the requirements represent “an invidious governmental coercion of religious institutions, employers and individuals, and, if unchecked, will result in further dangerous incursions on religious freedom and liberty of conscience.”

“Anyone of goodwill who values religious liberty or our country’s cherished freedoms should be deeply concerned by the actions of the state,” said Albany Bishop Edward B. Scharfenberger. “The Department of Financial Services, without any authority by the Legislature, has taken it upon itself to force religious organizations and individuals with strong conscientious objection to abortion to fund this procedure which, in every case, kills a developing unique human person.

“We simply cannot live with this policy, and unfortunately have been left with no choice but to bring this action,” he said in a statement. “I am proud to stand with my brothers and sisters in an ecumenical expression of unity in challenging this unconstitutional infringement on religious faith and practice.”

The suit refers to two distinct mandates on insurance providers. In one, the Department of Financial Services, which regulates the insurance industry, issued “model language” to insurers that requires their individual and small group health plans include coverage of so-called “therapeutic” and “nontherapeutic” abortions.

A second mandate, which was previously undisclosed by the financial services division, came to light only during plaintiffs’ communications with that department objecting to the “model language” mandate.

In the undisclosed mandate, plaintiffs charge, abortion coverage “is encrypted in health insurance contracts under the rubric of ‘medically necessary’ surgery. This hidden coverage was never disclosed to plaintiffs or other employers who may have conscience, moral or religious objections to abortion.”

In his May 12 column in the Albany diocesan newspaper, The Evangelist, Bishop Scharfenberger wrote: “What is objectionable in the mandates is not only that they force us to fund and participate in actions that are gravely immoral and contrary to our religious beliefs and conscience, but also that they were promulgated and enforced under color of law, without our knowledge and in clear violation of the law.”

He also noted that some dioceses and religious agencies in New York state are self-insured and not currently affected by such a mandate. But, he said, there is no guarantee that “the mandates currently being dictated by one regulatory agency might not be coerced through some other state action.”

The plaintiffs seek judicial intervention for both declaratory judgment on a number of state and federal constitutional grounds, as well as injunctive relief.

Other plaintiffs include the Catholic Diocese of Ogdensburg; the trustees of the Episcopal Diocese of Albany; the Sisterhood of St. Mary, which is an order of Anglican/Episcopal women religious; the Catholic Charities agencies of the dioceses of Brooklyn, Albany and Ogdensburg; St. Gregory the Great Roman Catholic Church Society of Amherst; First Bible Baptist Church in Rochester; and Our Savior’s Lutheran Church and Teresian House Nursing Home, which are both in Albany.

This story has been updated to correct the date the complaint was filed.