Ecumenism is a common journey, not a lab experiment, pope says 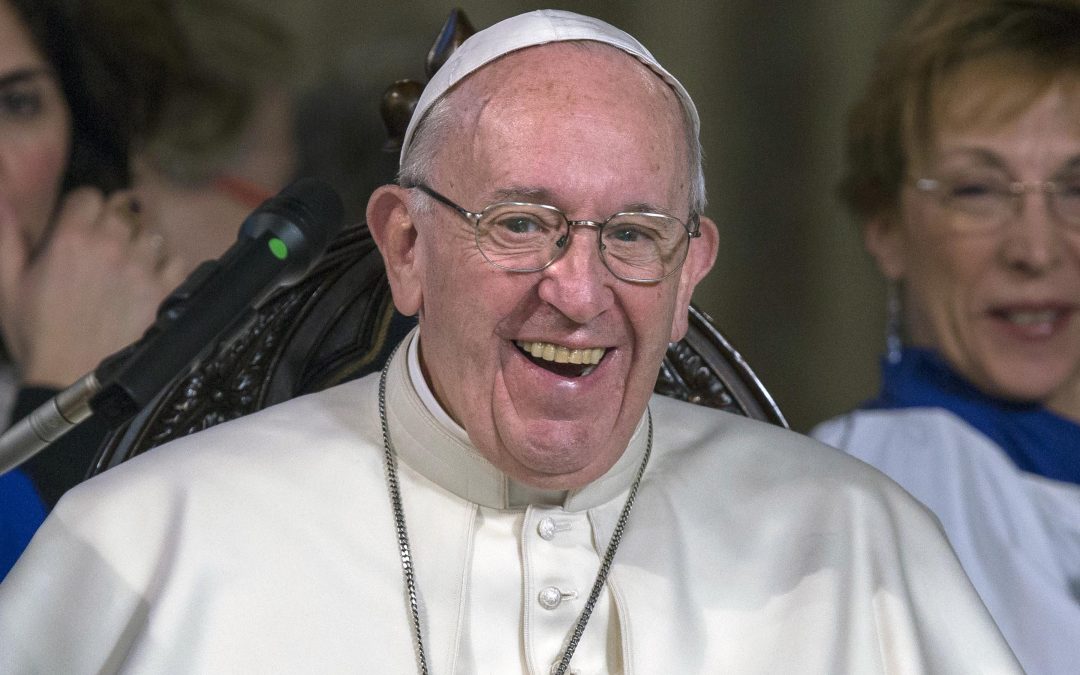 ROME — The path toward Christian unity can’t be found isolated in a laboratory hashing out theological differences, but rather by walking together on a common journey, Pope Francis said.

While theological dialogue is necessary, Catholics and Anglicans can continue to “help each other in our needs, in our lives and help each other spiritually,” the pope said Feb. 26 while answering questions from parishioners of All Saints’ Anglican Church in Rome.

“This cannot be done in a laboratory; it must be done walking together along the way. We are on a journey and while we walk, we can have these [theological] discussions,” he said.

The pope made history as the first pontiff to visit the Anglican parish, which was celebrating the 200th anniversary of its establishment in Rome.

Invited by the Anglican community, Pope Francis took part in an evening liturgy and blessed an icon of Christ the Savior to commemorate the occasion.

The prayer service included a “twinning” pledge between All Saints’ Anglican Church and the Catholic parish that shares its name in Rome. As Pope Francis looked on, the pastors of both parishes signed a pledge to collaborate in joint retreats, works of charity, and sharing meals with each other.

Rev. Jonathan Boardman, chaplain of the Anglican church in Rome, presented the pope with several gifts that highlight his concern for the poor and the marginalized, including a promise to serve meals to the homeless once a week in his name.

He also said 50 English Bibles will be given in the pope’s name to Anglican nuns in Rome who minister to the city’s prostitutes.

The Anglican community also presented Pope Francis with a basket of homemade jams and chutneys as well as a Simnel cake, a traditional fruitcake typically served on the fourth Sunday of Lent and adorned with 11 marzipan balls representing the 12 apostles, minus Judas.

After welcoming the pope to the parish, Rev. Boardman noted that when divisions first began, the title “Bishop of Rome” was once used by Anglicans as an insult “or an attempt to belittle it.”

“Today for us recognizing your unique role in witnessing to the Gospel and leading Christ’s church, it is ironic that what we once used in a cruel attempt to ‘put you in your place’ has become the key to your pastoral kindness in being alongside us and so many other Christians around the world,” Rev. Boardman said.

The pope thanked the congregation and acknowledged that much has changed between Anglicans and Catholics, “who in the past viewed each other with suspicion and hostility.”

“Today, with gratitude to God, we recognize one another as we truly are: brothers and sisters in Christ, through our common baptism. As friends and pilgrims, we wish to walk the path together, to follow our Lord Jesus Christ together,” he said.

He also emphasized the need for Catholics and Anglicans to work together to help those in need in order to build “true, solid communion” through a “united witness to charity.”

Following the prayer service, the pope took some moments to answer questions from several members of the Anglican church.

Asked for his take on current relations between Catholics and Anglicans, the pope said that while relations between the two communities have been at times “two steps forward, half step back,” they are still good and “we care for each other like brothers and sisters.”

Ernest, an Anglican seminarian, also asked the pope whether Anglicans and Catholics in Europe can learn from the example of churches in Asia, Africa, and the Pacific whose “ecumenical relations are better and more creative.”

Pope Francis said the younger churches “have a different vitality” and have a “stronger need” to collaborate.

An example of this, he added, was a request made by Anglican, Catholic, and Presbyterian bishops of South Sudan for him to visit the country along with Anglican Archbishop Justin Welby of Canterbury.

“This creativity came from them, the young church. And we are thinking about whether it can be done, if the situation is too difficult down there. But we must do it because they — the three [bishops] — together want peace and they are working together for peace,” the pope said.