Faith of hundreds fired up at IGNITE 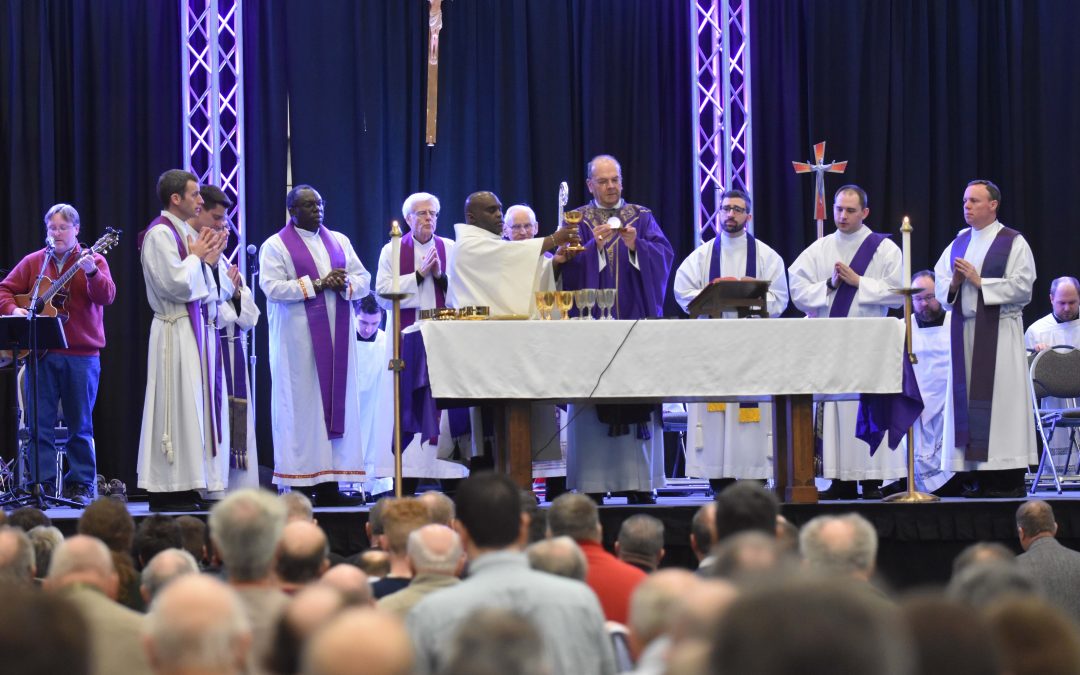 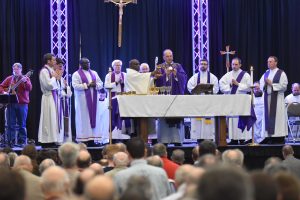 Marking a decade of firing up men’s faith, the IGNITE Catholic Men’s Conference drew more than 800 men from across the diocese and beyond to Syracuse’s SRC Arena March 24 for a day of speakers, prayer, and fellowship.

Bishop Robert J. Cunningham opened the day with Mass, offering a homily reflecting on the importance of family and the model of St. Joseph. The Spouse of the Mother of God, Foster Father of the Son of God, and Head of the Holy Family, Joseph was also a carpenter, a worker, a provider, a protector — a man dedicated to his vocation as a father and husband. 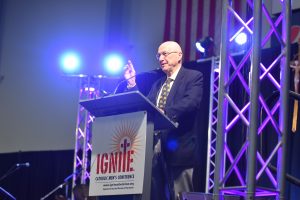 Dr. Peter Kreeft was the day’s first presenter. A professor of philosophy at Boston College, Dr. Kreeft is a widely known author and speaker. He addressed today’s culture wars, emphasizing that the family is at the heart of the battlefield. The single most important thing that can be done to win the culture war, he said, is to know who God is and to know that he is not some abstract, far-away force. 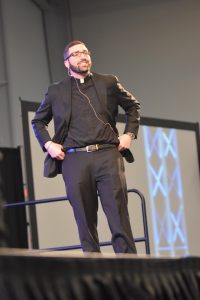 Father Jason Hage, pastor of St. Mary’s Church in Hamilton and St. Joan of Arc Church in Morrisville, stepped in as the day’s second presenter. (Scheduled speaker Mike Komisarek, a former NHL defensemen, was unable to attend.) Father Hage offered a powerful and personal reflection on mercy — our need for it and God’s desire to give it. Drawing on the words of Pope Francis, Father Hage reminded the men in attendance that God never tires of forgiving us; it is we who tire of asking for forgiveness. Whatever your faults and flaws may be, he said, don’t run from them — they may be leading you to God. 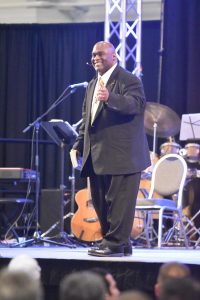 Deacon Harold Burke-Sivers, of the Archdiocese of Portland, Oregon, closed the speaking program with a passionate and energetic talk on fathers, families, and God. God must be at the center of family life, Deacon Burke-Sivers affirmed, and relationships must be covenants, not contracts. Men are called to be like Joseph, to live their mission to serve, defend, and protect their families. Quoting a bit of wisdom attributed to Mark Twain, Deacon Burke-Sivers told the audience that the two most important days in a person’s life are the day you are born and the day you find out why. Let the holy Catholic Church give you your why, he said.

Videos of the speakers’ talks will be available at ignitecatholicmen.org in the coming weeks; watch video highlights from the conference now at youtube.com/syrdio. And mark your calendars for the next IGNITE, which will be held March 30, 2019.