Father Kapral remembered as ‘very fulfilled in his priesthood’ 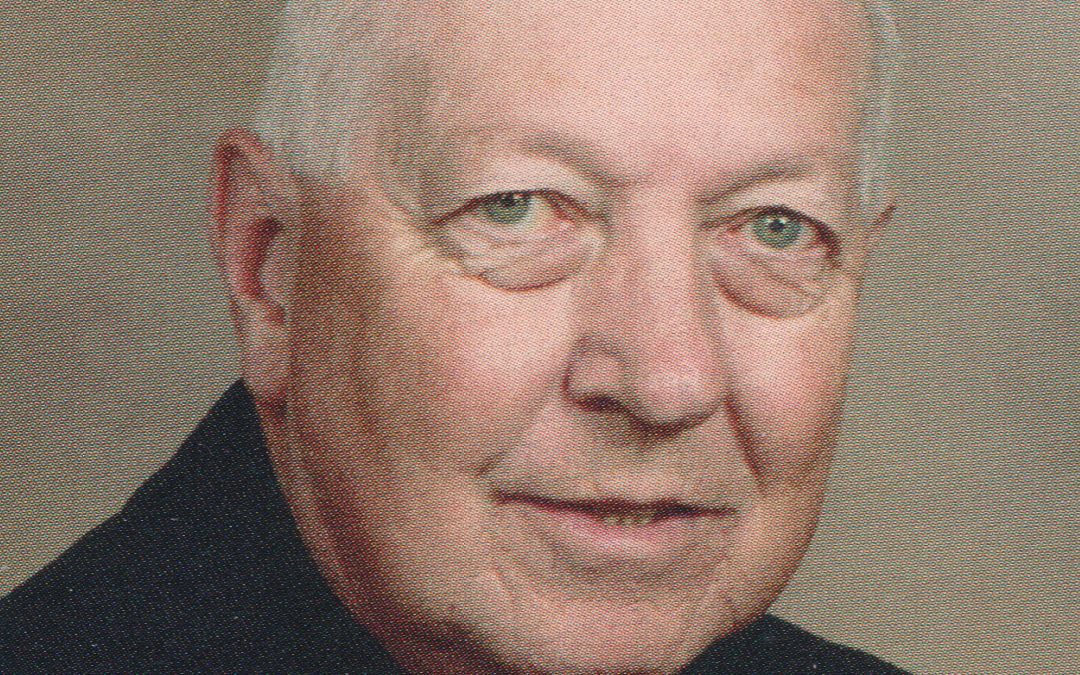 Father Richard (Dick) J. Kapral, of Utica and Camillus, died on Oct. 26 at the age of 78. A Mass of Christian Burial was celebrated by Bishop Douglas J. Lucia on Nov. 7 at Holy Family Church in Fairmount.

Father Kapral had celebrated the 8 a.m. Mass Oct. 26 in the St. Marianne Chapel at St. Joseph–St. Patrick Church in Utica, returned to the rectory and lost consciousness, said Andrew Siuta, the music director at St. Joseph–St. Patrick. Father Kapral had just returned Oct. 23 from bypass-surgery recuperation and offered the 10:30 a.m. Mass with the assistance of Father Amedeo Guida.

On Sunday, Oct. 30, Father Guida erected a memorial in front of the altar at St. Peter’s (Utica), where parishioners have been celebrating weekend Masses since March due to ceiling issues at St. Joseph–St. Patrick. He draped the vestments Father Kapral wore at his final Sunday Mass over the presider’s chair and displayed the plaque from his 50th jubilee given to him by the people of Oneida. All the Masses started with a prayer service for Father Kapral including a litany for priests.Father Kapral was ordained in 1970 and served at several parishes throughout the Diocese including in Syracuse, Utica, Waterville, Vernon, Oneida, Durhamville and Munnsville. Most recently, he served as administrator of St. Joseph & St. Patrick Church in Utica. 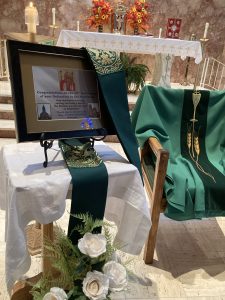 Father Dennis Noon, classmate and longtime friend of Father Kapral’s, gave the homily. Father Noon said they maintained a great friendship, visiting each other and having endless conversations on the phone. “I always found our phone calls to be enlightening conversations over the latest topic on his mind,” said Father Noon. “Sometimes he would get so worked up and overzealous I would have to interject with a humorous comment to lower his blood pressure. Since I paid for most of the phone calls, he would talk for a long time.” Father Noon said he was thankful for his close friendship with Father Kapral. “He has been a very important influence in my priestly life.”

“He was very fulfilled in his priesthood,” added Father Noon. “His family members, clergy, parishioners and friends are all grateful for having had him in our lives and we find consolation in our loving God. I know that he would want us to remember him in our prayers. We ask God for mercy for his human frailties and that he may know the fullness of peace in the presence of Lord Jesus Christ.”

At the closing of the Mass, Bishop Lucia explained a tradition in the diocese that takes place when a priest goes home to God. “They send me his personnel file to read before it goes to the archives. As I was reading Dick’s file, the one word that I really noted was the word, ‘sensitivity.’ Not that he was sensitive, but that he was very much sensitive to the people he served,” said Bishop Lucia. “First and foremost, his priesthood was about the people God called him to serve. And in that aspect of his priesthood, we are so grateful.”