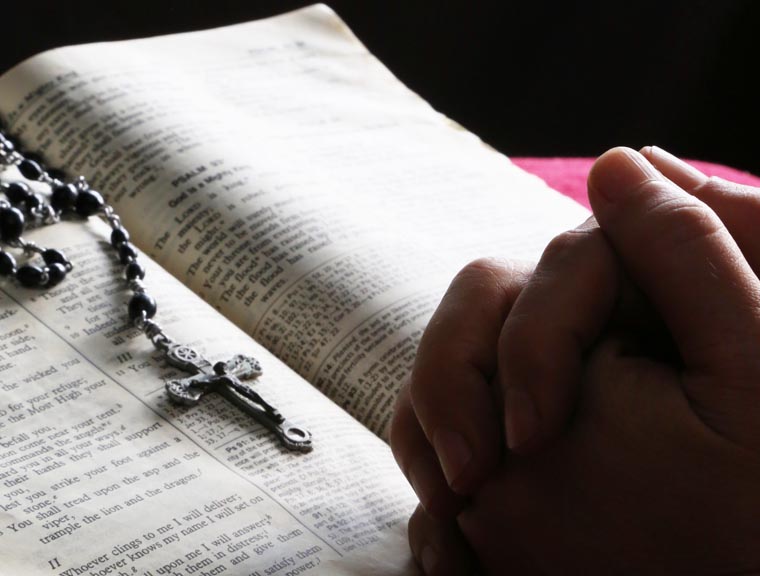 Radiating joy, he ensures that men conform to 4 pillars

One week in the fall and one week in the spring, Father John D. Manno heads to four seminaries to meet with diocesan men studying for the priesthood. He bears episcopal greetings and a message expressed mainly by his manner.

“I love the priesthood,” said Father Manno, who was ordained in 2001. “I love what I do. I’m grateful for it. I’m happy to help the diocese in the training of these guys for their future ministry as priests in the diocese. …

“Hopefully I can bring a sense of joy to them to let them see a joyful happy priest and to let them know that all the formation they’re going through is going to pay off in the future.”

In his new role, Father Manno, who is also the pastor of Holy Family Church in Syracuse and the vicar for the diocese’s Western Region, Eastern Area, serves as the liaison between Bishop Robert J. Cunningham — and, by extension, the diocese — and the seminaries. He ensures that the 10 current seminarians are being properly formed for the priesthood.

On his seminary trips, he meets with the rector or the priest in charge, the seminarians, and also their priest adviser to see how they are acclimating to formation. Father Manno looks to see if the men are fully integrating all their academic training.

“It’s a labor of love,” Father Manno said. “It’s a great joy.” He also keeps in touch through emails and phone calls, and he meets with the seminarians when they are home on break.

The seminaries — in Douglaston, N.Y.; Baltimore; Weston, Mass.; and Washington, D.C. — are totally welcoming, Father Manno said. “It’s really a joyous occasion to come in and spend time with seminarians from our diocese,” he said.  He takes them out to dinner and enjoys fraternity and fellowship.

The seminarians study in the U.S. Conference of Catholic Bishops’ Program of Priestly Formation, which has four pillars.

The first is the human pillar, which examines how the seminarian is interacting with other seminarians, priests, and lay people to see if the man is living a good, holy life. It also examines if the man has good written skills. Father Manno wants to know if the seminarian can deal with criticism and conflict, if he can receive praise and joy, and if he is maturing appropriately.

A big part of Pillar 1, Father Manno said, is whether the seminarian understands and can handle living a celibate life.

Living up to Pillar 1, he said, means undergoing “a constant area of growth where you’re constantly recognizing things about yourself as gifts and blessings, or areas for growth.”

Pillar 2 is intellectual. The seven to nine years of classes, with much graduate work in theology, he said, can be very demanding, and he constantly monitors a seminarian’s academic progress. The man must have an aptitude for the coursework and integrate what he is learning — the great concepts — into his lived experience, he said.

For example, he would ask a seminarian: How would you explain a great mysterious concept, such as the Trinity, to the average person?

Pillar 2 is an ongoing piece, he said: “Learning doesn’t end when you get ordained. You want them to have a great appreciation for learning and continue to do it afterward. You continue reading theology.”

Pillar 3 is pastoral formation, to ensure that the seminarian can effectively share the faith with others. The man must understand that his role is to shepherd people to Christ, to heaven, to eternity. Father Manno asks: Is he comfortable sharing the faith with people? Will he be comfortable administering the sacraments?

In this phase of formation, the seminarian serves in settings such as a hospital, nursing home, or parish.

Pillar 4 is spiritual. “It’s a big component,” Father Manno said. “It’s probably the one component that maybe encompasses all the other ones.”

Does the seminarian observe a holy hour of prayer every day, having a sense of intimacy with the one he serves, Jesus Christ?

Overall, Father Manno said, it is impressive the amount  of formation a seminarian goes through.

It’s always good to see these men start out, he said, and by the time they are ordained, “you can see the growth and maturity, can see where they’ve done a great job implementing all these things.”