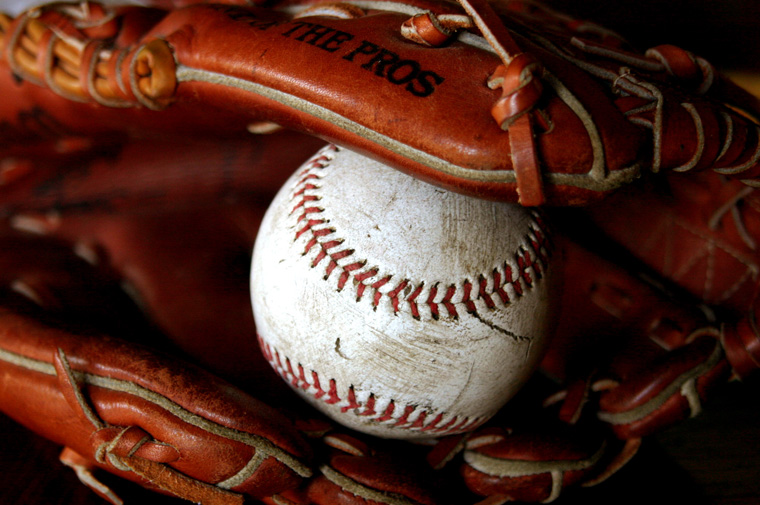 When John Johnstone was involved in sports at Bishop Ludden Junior-Senior High School, he had no idea the twists and turns his path would take and that it would eventually lead him to the big leagues and even back to his alma mater to coach baseball.

Johnstone transferred to Bishop Ludden his junior year from nearby Liverpool High School. He played basketball and baseball throughout his youth. He and his friends played football in their senior year so that the school would have enough players to field a team.

Having basketball in the blood also set Johnstone up for some challenges at an early age. “It’s tough for kids with parents in school administration,” he said, “especially in athletics. There’s the perception of favoritism. My parents never spoke about it at home, but I caught wind of things in school.”

He came to the decision to transfer to Bishop Ludden on his own. “It was my choice and my parents went along with it. They could see I was struggling with the situation,” he said. While it was a difficult decision for Johnstone to leave his school and the friends he grew up with, he said, “The Ludden family when I went there was unbelievable toward me.”

He was especially happy his senior year, 1987, when his basketball team was a Class A runner-up. “The loss of the state championships was heartbreaking though,” he said. But this was the first of many lessons Johnstone would acquire in his career. “I’ve learned to have a short memory. You can’t worry about yesterday when you have to think about today,” he said.

What happened off the basketball court and on the baseball field after high school really took him by surprise. “I had a vague idea that an athletic career of some sort could happen and I think my father had an inkling, but I wasn’t sure how serious it was. It was so late in the season and I wasn’t getting any college offers,” he said.

Friends from Liverpool goaded him into a trip to Utica to show his skills in front of major-league scouts. He recalled, “All the pitchers took turns throwing a few pitches on the side. After that, Jack Joyce, I’ll never forget his name, of the Philadelphia Phillies, wrote a letter to my coach. I still have that letter.” Joyce said in the letter that he liked Johnstone’s arm actions as he pitched.

The Atlanta Braves, New York Mets, and Cincinnati Reds showed some interest, he said, but then the Mets brought him and 49 other top prospects to Shea Stadium to prove themselves.
“They told me that if I was still around between the fifteenth and twentieth rounds, they would draft me,” he said.

“It might have been the twentieth round, but the next thing I knew I was on a plane to Kingsport, Tenn. Talk about a culture shock and being homesick,” he added.

Johnstone said he jumped right in. “I was very green. There was a lot of hard work involved. I traveled a lot of miles on the New York State Thruway and in Pennsylvania on a bus,” he laughed.

The pace and travel were an exhausting reality in his six years in the minors, and even after he was called up to the big leagues at age 24.

“A one hundred and sixty-two game season — that’s a long season,” he said. San Francisco was a tough destination, in particular, with long flights and the time-zone changes. He never cared much for flying, he noted.

The business side of baseball was also a challenge to which Johnstone gradually became accustomed. Between trades and new drafts, there was continual competition within the team and from new players, he said. “You’re more of a number and someone’s property. If they tell you you’re going to Mexico for training, you go to Mexico,” he said. “They expect you to win and 50,000 fans expect you to win, too.”

Johnstone said his experience gives him an edge over other area high school coaches. “Subtleties like repetition, muscle memory, and helping the kids know that they can do more than they think they can are important. … I can identify some of the mental things that are going on in a player’s head, too. I’ve been there. It’s not easy. Baseball is a game of failure.”

There have been many times when Johnstone had to remind himself of this. “I’ve learned to check personal problems at the door and if things in the game don’t go well, I leave it at the field. You have to suppress all that because you have a job to do,” he said. There also isn’t room for ego in the game. “There’s an old saying on the Mets: ‘If what you did yesterday still looks good to you, what have you done today?’”

His impressive major-league career spanned more than eight seasons and 234 games. He pitched with the Marlins, Astros, Giants, and Athletics.

Fast forward to today where Johnstone, now a family man, has come full circle to be the coach of the Bishop Ludden baseball team for which he once played.

“It is all pretty surreal,” he said. “It never crossed my mind to coach at Bishop Ludden.” He explained that beloved Coach Ted Klamm, former high school classmate and team member, was a fixture there for more than 19 years. Both Bishop Ludden alumni were drafted within a few years of each other. “I think that alone is pretty unusual,” he said.

When Klamm stepped down for another area coaching position, Athletic Director Gallagher Driscoll, also a former classmate, reached out to Johnstone. “I was surprised at how excited he got about the possibility of coaching for Bishop Ludden,” said Driscoll, who gave Johnstone a couple of weeks to consider the offer. “The best thing was that he called me back to accept the position before I could follow up with him,” he said.

Driscoll said Johnstone was well prepared for initial conversations and asked a lot of great questions. “He’s a quiet, humble guy and wants to fly under the radar. It’s never been about John. To him, it has always been about everybody else.”

Johnstone hopes to instill in Ludden’s ballplayers the concept that life will take them in unexpected directions and they should be prepared for it. Not every player on a high school ball team goes on to the next level in the sport, he said. “But there are always lessons to be learned. Even if it is only the smallest thing they can take away and use to help their own children who get involved in sports.”

Recently, while walking on the Bishop Ludden baseball field with his assistant coach, he remarked at how familiar it all was to him. Dugouts and a new fence didn’t detract from his feeling of being home. He said the discussion turned from buttoning up the field for winter to preparing baseball players for the game and preparing young men for life.

“I said, ‘There’s going to be a lot responsibility on these kids. A lot will be expected. Getting a good education is really important, but so are things like being respectful to each other, their teachers, and administrators.’”

Johnstone said if he could travel back in time, he would tell his teenage self the same thing he will tell the players he will be coaching in the spring:   “Have perseverance, stay positive, and appreciate the support you have.”

Driscoll concurred and added that Johnstone can bring the team more than baseball skills. He said as a Bishop Ludden alumnus, Johnstone has an innate understanding of the school’s mission and the criteria required to be a part of the Catholic school community.

He said, “Having Johnstone as a baseball coach is, for Bishop Ludden Junior-Senior High School, a home run.”

Dyann Nashton is a freelance writer out of Oneida who also works in Notre Dame Junior-Senior High School’s development office.