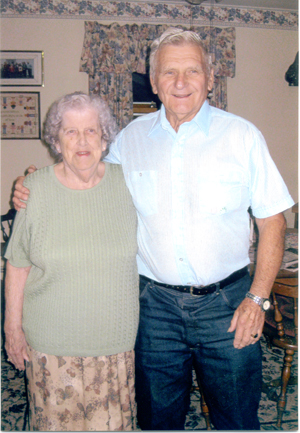 Their marriage has been blessed with five children, eight grandchildren and four great-grandchildren. They celebrated their anniversary with a party at Cortese’s Restaurant hosted by their children and attended by family and a few close friends.