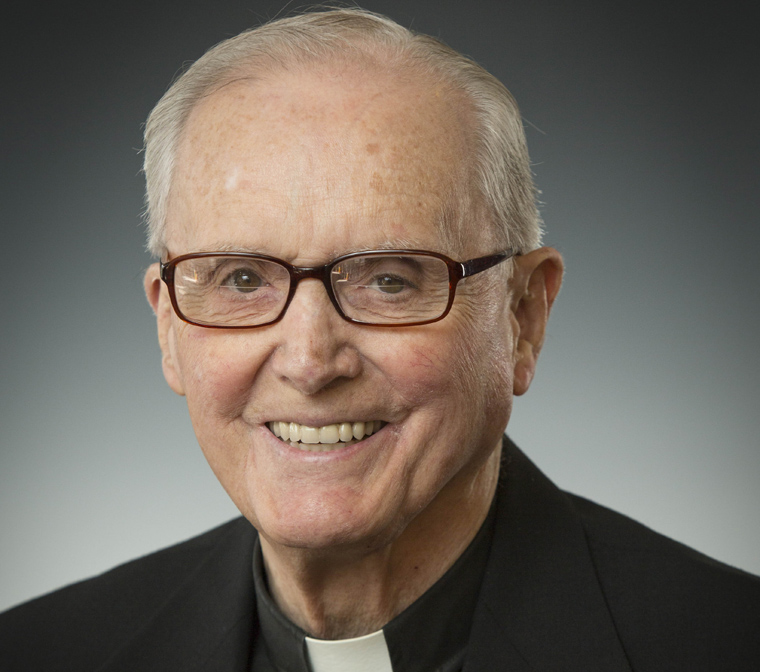 Msgr. Robert B. Davern’s life and legacy were celebrated at his funeral Mass in his home parish of St. Patrick’s in Syracuse March 19. Msgr. Davern died March 14 after a brief illness. He was 88.

A native son of St. Patrick’s Church in Syracuse’s Tipperary Hill neighborhood, Msgr. Davern attended St. Patrick’s School from kindergarten to 12th grade. He went on to study for the priesthood at St. Andrew’s and St. Bernard’s Seminaries in Rochester. He would later complete his master’s degree in social work at the Catholic University of America in Washington, DC.

On the occasion of his 60th jubilee in 2011, Msgr. Davern told the Sun, “In the end, it’s the one-on-one contact to those in need that really matters. My work has been very rewarding. Every day I would go home knowing that I had helped someone.”

Msgr. Ron Bill offered the homily, reflecting on his friend’s spirit and many years of devoted ministry.

“He was a servant. He was a man who loved others,” Msgr. Bill said. “He was a priest for all occasions and all people. No one was excluded from his love and concern.”

Describing Msgr. Davern as humble and quiet, a worker and an achiever, Msgr. Bill underlined his tireless work with Catholic Charities, the United Way, and housing and just wage efforts.

“Bob Davern was admired by church leaders and people of all persuasions, bringing them together to work in defense of the voiceless and the powerless,” Msgr. Bill continued.

Working with Msgr. Davern was “like going to college every day,” Msgr. Bill said. In their decades together at Catholic Charities, “we never had an argument — I never knew what he was talking about,” Msgr. Bill joked.

Msgr. Bill closed with a traditional Irish blessing, fitting to bless a man who so loved his heritage: “May the road rise to meet you. May the wind be always be at your back. May the sun shine warm upon your face, the rains fall soft upon your fields. And until we meet again, May God hold you in the palm of His hand.”

Msgr. Davern was predeceased by his parents, Robert B. Davern and Helen Davern, and his sister Marilyn Moore. He is survived by his sister Kathryn Shea and brother-in-law Jack Shea, as well as many nieces and nephews.

Contributions in Msgr. Davern’s memory may be made to a charity of choice.