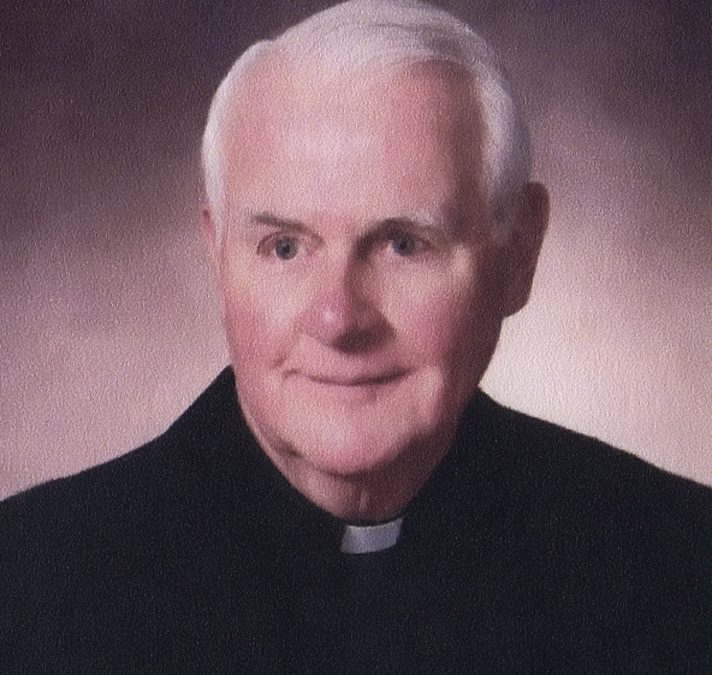 Msgr. John Madden entered into his eternal rest on Wednesday, Aug. 10 at Francis House in Syracuse. He was 84 years old.

Msgr. Madden celebrated his golden jubilee of priesthood in 2009. Here are excerpts from the Catholic Sun’s profile of him on that occasion:

Msgr. Madden’s home parish is St. John the Evangelist in New Hartford. After graduating from New Hartford High School in 1949, Msgr. Madden pursued studies at the University of Notre Dame, where he earned a bachelor’s degree in pre-med; he also earned a bachelor’s degree in philosophy at St. Bernard’s in Rochester. Msgr. Madden completed his seminary work at St. Andrew’s and St. Bernard’s in Rochester.

After his ordination on May 23, 1959, Msgr. Madden served as parochial vicar at St. Agatha’s in Canastota, St. Mary’s in Clinton, St. Mark’s in Utica, and St. John the Baptist in Rome. He served as pastor at St. Mary’s in Florence, St. Bernard’s in Waterville, St. Mary’s in North Brookfield, St. Helena’s in Sherrill, and St. Mary’s in Hamilton, and as administrator of St. Joan of Arc in Morrisville. He retired in 2011.

Msgr. Madden said he is impressed with what is happening in the church. “I’ve witnessed a wonderful renewal in the areas of social justice awareness, liturgical development and stronger religious education programs,” he said.