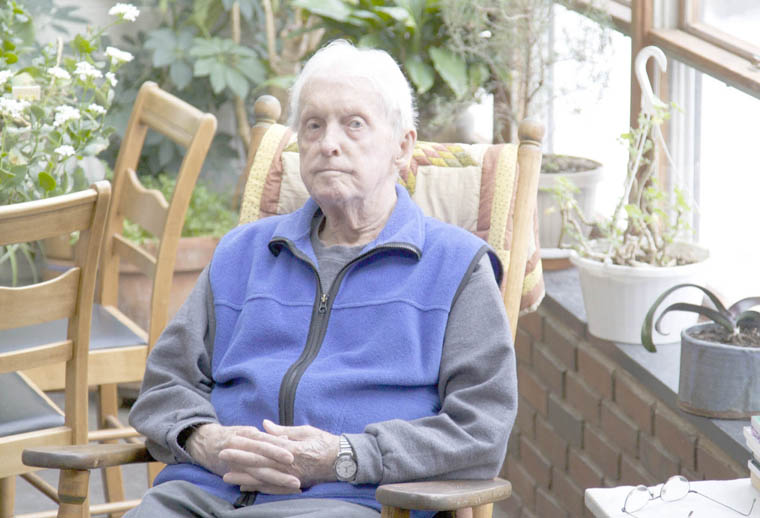 Jerry Berrigan, longtime Catholic advocate for peace, has died at age 95.  He was a former English professor at Onondaga Community College and was active in local Catholic Worker activities, including Unity Acres and Jail Ministry. He was arrested numerous times for acts of civil disobedience, usually at protests against war.

“I take the promise of non-violence seriously as any contributor to turning the world to a Christian way would,” Jerry told the Catholic Sun in an interview marking his 90th birthday. “The lesson learned is the need to treat everyone lovingly and equally. Everyone deserves that by reason of their humanity, by reason of their being a child of God.”

Berrigan was one of six brothers from Syracuse. He is survived by one brother, Daniel, a Jesuit priest who taught at Le Moyne College in the 1960s. Philip Berrigan, a Josephite priest who left ministry and married, died in 2002. All three protested wars, beginning with Vietnam, and served prison terms as a result.

Retired Auxiliary Bishop Thomas Costello, who met Berrigan in the 1950s, called him a prophet and a peacemaker. “Each time he was arrested was a prophetic statement,” Bishop Costello said. “He challenged all of us. I think that was part of his ministry.”

“He never had an ounce of anger, violence, revenge in him,” he said.

Jerry Berrigan is survived by his wife, Carol, and four children. The funeral is set for noon Wednesday at St. Lucy’s Church, 432 Gifford St., Syracuse.