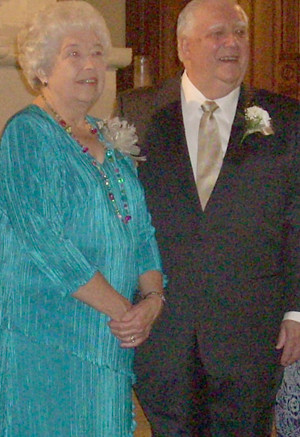 Ken and Betty (Alder) Allen of Oneida recently celebrated their 50th wedding anniversary. They were married April 23, 1960 at St. Patrick’s Church in Oneida.

To celebrate the milestone, the couple renewed their wedding vows at Mass April 24, 2010 and were honored at a dinner party hosted by their family at the Lakeview Restaurant in Oneida.