According to a release from the college, “Five distinguished former Onondaga Community College students have been named 2017 ‘Alumni Faces’ honorees for their professional achievements and contributions to the college and the community. John ‘JD’ DelVecchio, Deirdre Hunter, Marthe Ngwashi, Edward Riley and Janet Riley will be honored for their accomplishments during an induction ceremony on campus. Their likenesses will be added to the Alumni Faces display in the Academic II building.” Janet Riley graduated from Bishop Ludden in 1972; Edward Riley graduated from CBA the same year.

The college provided the following bios and photos of the honorees: 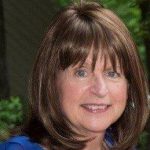 Janet Riley was a Registered Nurse at Crouse Irving Memorial Hospital, a Triage Nurse at Syracuse University Health Center, and held several nursing and management positions at SUNY Upstate Health & Science Center prior to her retirement. 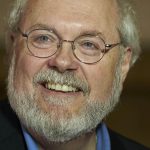 Ed Riley is a nationally renowned developer. In 2016 he completed one of the hallmark projects of his career when he restored the old Hotel Syracuse. It reopened in August 2016 as the Marriott Syracuse Downtown. 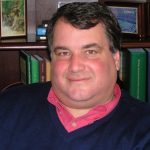 JD DelVecchio is an Emmy award-winning television sports director who has overseen coverage of some of the world’s biggest sporting events. Today he works for the Golf Channel. His resume includes the Olympics, College Football, Saturday Night Live, David Letterman and the Cosby Show. 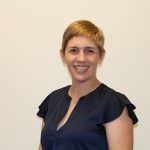 Dr. Deirdre Hunter fell in love with science and engineering while working on cars with her father in his auto repair business. She earned degrees from OCC, Syracuse University and Virginia Tech. She was one of the few women in her educational field and received many accolades for her research. Today she is a Lecturer of Engineering Design at Rice University in Houston. 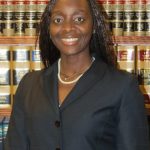 After earning her associate degree at OCC and her bachelor’s at SUNY Empire State College, Marthe Ngwashi worked in the State Attorney General’s Office where co-workers encouraged her to pursue a law degree. She took their advice and today practices law in her firm, Ngwashi & Associates PLLC in Buffalo.

The full release from Onondaga Community College is available here.