Nativity comes to life at Assumption 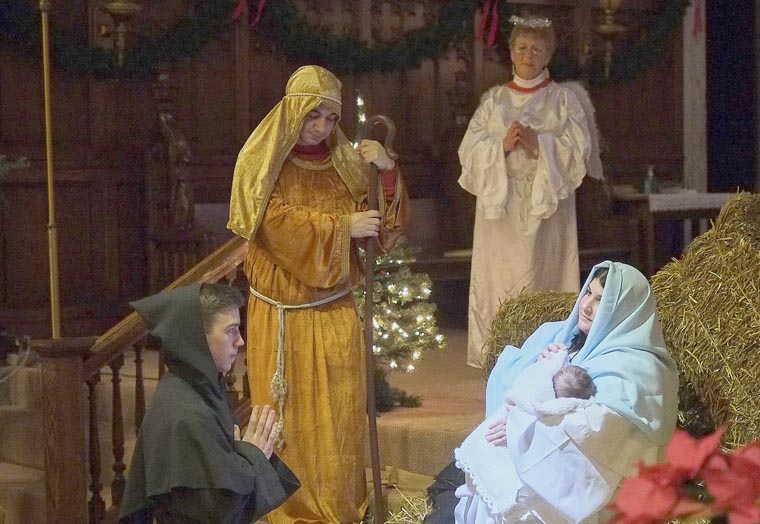 Lessons and carols and a living Nativity were presented at the Franciscan Church of the Assumption in Syracuse Dec. 20.
Hundreds gathered at the church for an afternoon of prayer, song, and a recreation of the live Nativity (including live animals!) originally staged by St. Francis of Assisi in Greccio, Italy. During the Nativity, St. Francis takes the baby Jesus into his arms, representing “all of us who do the same in our hearts.”

Photos by Chuck Wainwright for the Catholic Sun