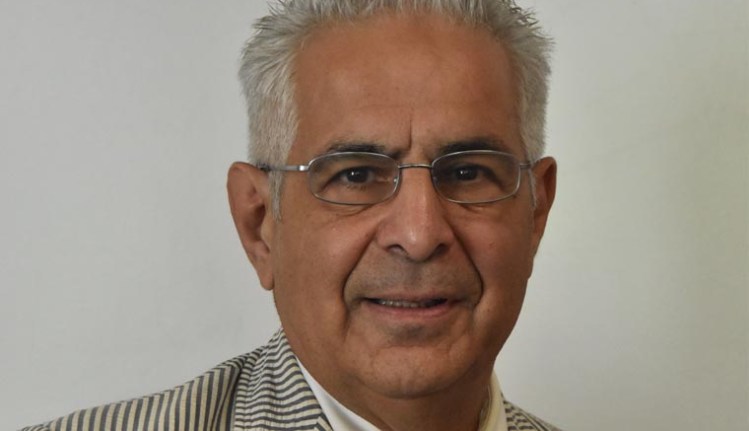 Thomas Sorci’s career in Catholic education has taken him across the country — and right back home to New York State, where he will serve as the new principal of Holy Family School in Norwich.

Sorci, who succeeds past principal Lydia Brenner, says he is excited to be back in New York State and at the helm of Holy Family, where he is hoping to continue the school’s tradition of excellence.

A native of Kingston, N.Y., and a current resident of Masonville, N.Y., Sorci has been a principal in Catholic schools for the past ten years. He most recently served as principal of St. Michael Indian School in St. Michaels, Ariz., a post he served in twice. He has also served as principal of Mother Teresa Regional School in Atlantic Highlands, N.J., and Lumen Christi High School in Anchorage, Alaska. (Having survived both the snowiest and coldest winters on record in Anchorage, Sorci said, he is ready for winter in Upstate New York.)

Sorci’s work in the field of education also includes service with A Better Chance, a leadership and scholarship program for students of color; as a learning support specialist, opening learning centers at schools across the country; and as a counselor and college instructor.

Sorci said he first considered a career in education in high school, after teachers there told him he would make a good teacher himself. His passion for education came during college, he recalled, when he was “bitten by the bug” during student teaching on a Native American reservation in Montana. It was during a principal internship at a Catholic school in the Archdiocese of Washington, however, that “I discerned that…  if I ever wanted to be an administrator, I wanted to be in a Catholic school,” Sorci said.

Sorci said he is looking to build on Holy Family’s tradition of excellence, continuing to deliver solid academics and raise student scores. Like many school administrators, he wants to make sure the school is bolstering students’ abilities in the areas of technology and science; he is also focused on “reinforcing Catholic identity and tradition.” Sorci said he wants the school to stay on the cutting edge of new technologies and prepare “21st-century learners for the kinds of jobs that haven’t even been invented yet.”

Sorci is also excited about helping Holy Family’s teachers grow. He said he is working on opportunities for professional development and ways to encourage and support teachers to achieve their next degree or certification.

Most exciting, however, is the day the doors open for the school year: “I am really looking forward to meeting the students,” Sorci said.