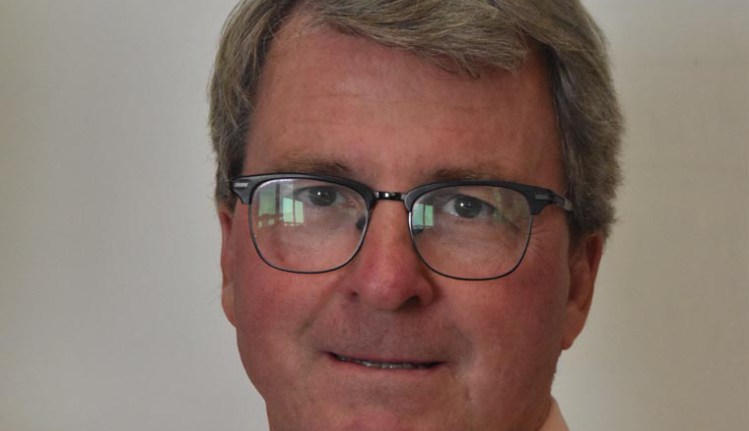 Anybody who views education mainly as a business belongs in a corporation, not a classroom, Michael E. McAuliff believes.

McAuliff, of Marcellus, is the new principal at St. Margaret’s School in Mattydale. If Carrier receives faulty raw materials, he said, the company sends them back. But a school can’t send a struggling kindergartner back to a factory.

In his 32 years as an educator, he has seen students with real concerns: Will anybody be home when they get there? What’s to eat? Is the home warm and safe?

So he tries to “impart on them that this education is their ticket out of that cycle.”

He admires the parents who send their kids to St. Margaret’s, noting that in New York State, they have to pay their local public-school taxes as well. St. Margaret’s has strong academic programs and a focus on service and spirituality, he said, leading parents to say: “‘I don’t care how much it costs, I’m writing the check.’”

McAuliff retired as the principal at Altmar-Parish-Williamstown Elementary School in January 2016 after 16 years there. He did some consulting and some interim work in schools when needed, and he also worked as an adjunct at Le Moyne College.

Regarding leisure activities in retirement, he said, “The novelty wears off.” He was serving as an interim principal in the Otselic Valley Central School District for about three months. “And as I was doing that,” he said, “I realized that I really missed doing it fulltime and permanently and wanted to get back into it.”

“I love to see kids learning,” he said. “I love to watch teachers teach and to engage with kids.”

Part of McAuliff’s initial focus is growing St. Margaret’s enrollment and getting the school in a stable financial situation, “and you do that through enrollment; you don’t do that through bake sales.” Alumni relations are also important to him.

As of last week, enrollment stood at 122 for pre-kindergarten through sixth grade, with 13 teachers. While supervising teachers, he asks: Would I want my child in this teacher’s classroom? “This is all about kids,” he said, “it’s not about you or me, it’s not about the adults, it’s not about me being your boss.”

St. Margaret’s has one class at each grade level, but he would like to bump that up to two. “I’m fairly ambitious, yes,” he said. “I think that’s part of the reason I got so bored with retirement.” Students primarily come from North Syracuse and Mattydale, with some from Liverpool, Syracuse, East Syracuse, and Baldwinsville. “I want people to come from far and near, … not just North Syracuse,” he said.

The St. Margaret mission incorporates the heart, mind, and spirit. McAuliff’s goal is a challenging academic curriculum “that could be put up against any other elementary school.” Service projects might include feeding the poor or working with the elderly and shut-ins of northern Onondaga County.

The sixth-graders will leave St. Margaret’s, McAuliff said, after a rich experience academically and spiritually, and they will be ready to become young adults in any junior or senior high school.

McAuliff is also a member of the Marcellus Central School District Board of Education; he helped the district find a new superintendent. “It was finding the right person … and then getting out of her way,” he said.

But as a principal, he said, he is “more involved in the trenches,” rolling up his sleeves and working with teachers and kids.

He told his wife there are only so many times he can walk the dog and play golf.

“I need to get back to where my heart is,” he said. “Teaching and learning.”