Bishop Robert Cunningham has announced the appointment of Joseph 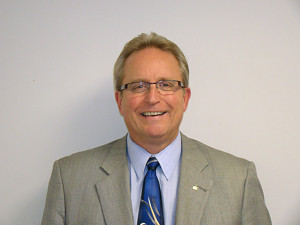 Slavik is a resident of Johnson City, N.Y. and has been the Area Director of Broome County Catholic Charities since 1980. Prior to that position, he served as Executive Director of the Broome County CYO for five years. Slavik has 29 years of service and experience in the overall leadership and management of the area’s largest social service agency. As area director, he currently oversees an operational budget of $18 million annually with 400 employees and 75 volunteers.

Slavik serves on the boards of many organizations: Fidelis Care of NY, Upstate Medical Physicians Free Clinic, Broome County Department of Social Service and Christopher Community Housing Corp. He has served in a variety of other capacities and organizations including United Way of Broome County, Lt. Governor’s Task Force on Aging Out, Broome County Management Council, NYS Catholic Conference, Food Bank of the Southern Tier and Binghamton Psychiatric Center’s Board of Visitors.

In 2004, Slavik was recognized with the Jefferson Award for Community Involvement by WBNG-TV Channel 12.

As the diocesan director, Slavik will be responsible for leading, directing, interacting and overseeing the six regional offices of Catholic Charities, the Catholic Campaign for Human Development, Catholic Relief Services and the ministries of Respect Life and Social Action (disabled and public policy.)

He will serve as the President of the Diocese of Syracuse Catholic Charities, Inc. and report directly to Bishop Robert J. Cunningham.

“Joe is looking forward to working with the bishop and advancing the Catholic Charities agenda for the Diocese of Syracuse,” said Falise.