Nice autumn day on the farm for IC kids 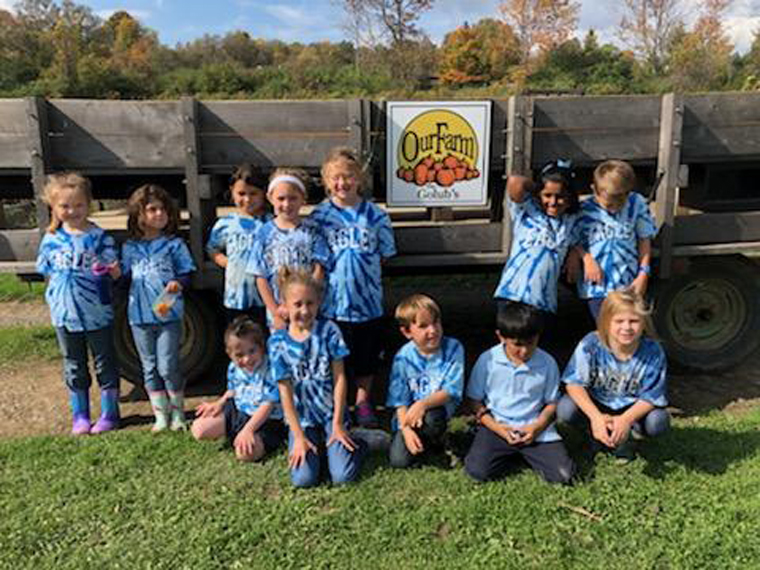 By Immaculate Conception School
The Immaculate Conception School first-grade class of Mary Ellen Mitscher made a field trip Oct. 9 to Our Farm in Manlius. The pupils have been learning about pumpkins and farm animals in the classroom. Since 1985, the family-owned farm has been growing and selling produce at a roadside stand near Cazenovia. The pupils got to watch the farm’s trebuchet, a catapult that has launched over 1,000 pumpkins with astounding power. The first-graders also enjoyed a wagon ride to the field where they picked their pumpkin to bring back with them. They also went to the farm’s petting zoo with goats, sheep, rabbits, piglets, a minihorse (Trixie) and a donkey (Sherman). The class made new friends with the animals. The pupils rode a horse named Cody who is 30 years old but very steady.