Pope Francis: The church needs this Holy Year of Mercy 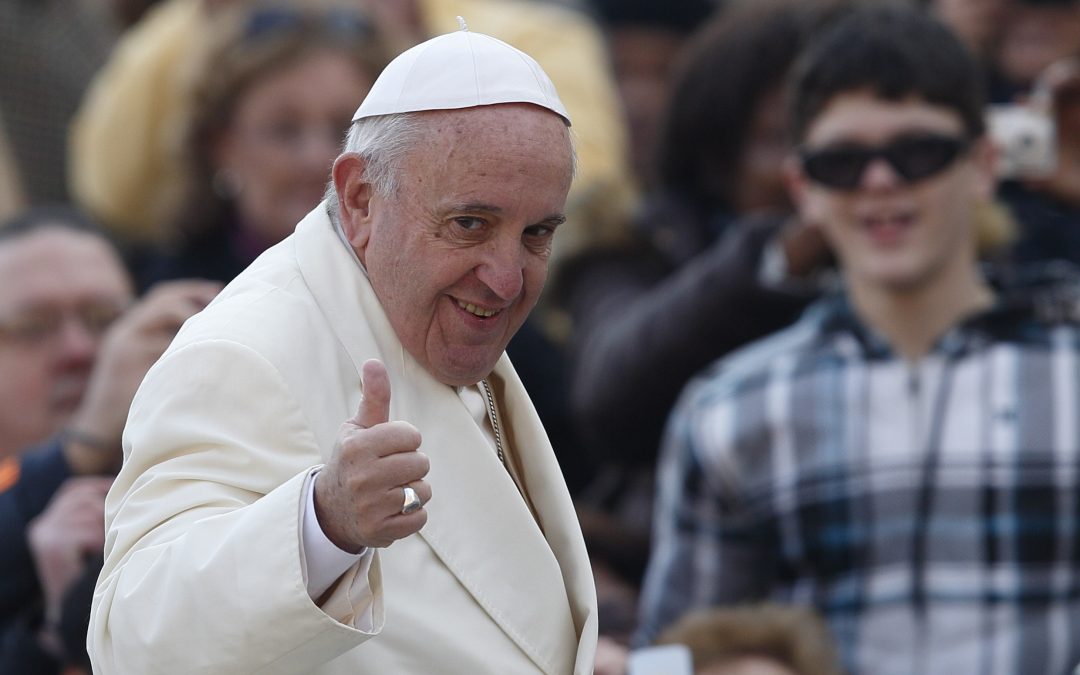 “The jubilee is a favorable time for all of us, so that in contemplating divine mercy, which surpasses every human limitation and shines in the darkness of sin, we may become more convinced and effective witnesses,” the pope said Dec. 9 during his weekly general audience.

One day after inaugurating the Year of Mercy, the pope dedicated his audience talk to the significance he hopes the year will have for the church, saying that it is a time to experience the “sweet and gentle touch” of God’s forgiveness and his presence in difficult times.

“In short, this jubilee is a privileged moment,” he said, “so that the church may learn to choose only that which pleases God most”: forgiveness and mercy.

The Bible says that God saw the world, the planets and the animals he created and called them “good,” but when he looked at the man and woman he fashioned, he pronounced them “very good.”

The 4th-century doctor of the church “St. Ambrose would ask himself: ‘But why does it say very good? Why does it say that God is so happy after the creation of man and woman,'” the pope said. “In the end, it was because he had someone to forgive. This is beautiful! To forgive is God’s joy; the being of God is mercy. For this reason, in this year, we should open our hearts so that this love, this joy of God may fill us with this mercy.”

The work of reforming the church’s institutions and structures, he noted, also offers a living experience of God’s mercy that allows it to shine forth in the world. Without mercy, the pope said, any reform would be in vain because “we would become slaves of our institutions and our structures. No matter how renewed they may be, we would always be slaves.”

Only mercy can truly contribute to a “more human world,” the pope said, particularly at a time where forgiveness is “a rare guest in the areas of human life.” While some may believe that the church has more important objectives, he said, rediscovering divine mercy and forgiveness is essential to avoid falling into self-love, which can often be “disguised in Christian life as hypocrisy and worldliness.”

Pope Francis stressed the importance of recognizing one’s sins during the Holy Year in order to “strengthen within us the certainty of divine mercy.”

At the end of the audience, the pope greeted several cardinals and bishops, including Bishop Michael Burbidge of Raleigh, North Carolina. Pope Francis blessed the cornerstone of the future Holy Name of Jesus Cathedral which is slated for completion in 2017.