Pope venerates statue of the Immaculate Conception in Rome square 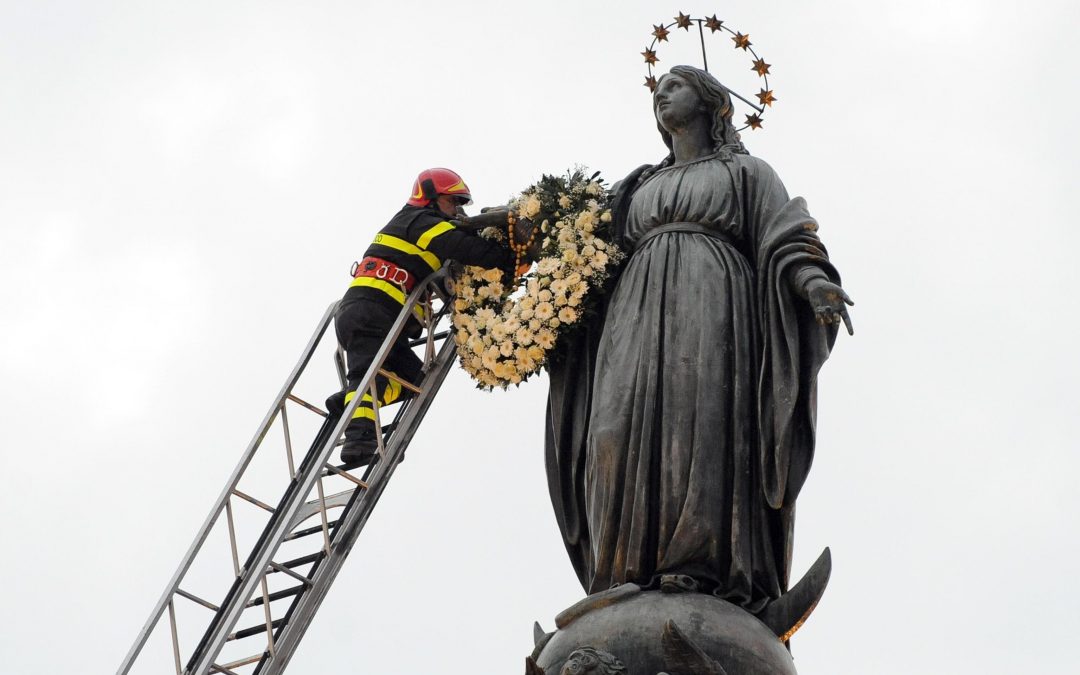 VATICAN CITY (CNS) — Concluding the feast of the Immaculate Conception and the opening of the Holy Door, Pope Francis prayed that through Mary, Christians may recognize the victory of divine mercy over sin.

Amid tight security, the pope made his way to the bustling city center Dec. 8 to venerate a statue of the Immaculate Conception in the heart of Rome — the famed Piazza di Spagna.

Reciting a prayer composed especially for the occasion, the pope said he came not only in the name of families, young people and the elderly, but for the sick, the imprisoned and “those who arrived from faraway lands in search of peace and work.”

The pope placed them under the maternal care of the “Mother of Mercy” whose “heart is full of tenderness toward all your children.”

“Gazing toward you, our Immaculate Mother, we recognize the victory of divine mercy over sin and over all its consequences,” he said. “May it reignite in us the hope of a better life, free from slavery, resentments and fear.”

Recalling the day’s opening of the Jubilee Year of Mercy, Pope Francis prayed that Christians in Rome may hear Mary’s call toward “that Holy Door which represents Christ.”

Mary, he said, calls everyone to “enter and receive the gift of mercy” and to “not be afraid and ashamed.”

“The Father awaits you with open arms to give you his forgiveness and receive you into his house. Come all to the spring of peace and joy,” the pope said.

After spending some time greeting the sick and the elderly in the square, Pope Francis was to proceed to the Basilica of St. Mary Major to spend several minutes in silent prayer before an icon of Mary and the child Jesus, venerated as the protector of the people of Rome.