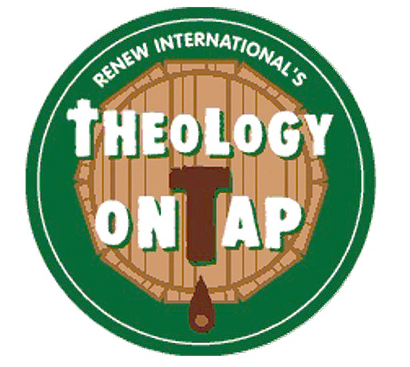 The Syracuse Diocese Office of Youth and Young Adult Ministry is doing its part to implement the current diocesan goal of evangelization. One element of its ministry is focusing on one of the most overlooked groups of people in the parishes: people in their 20s and 30s.

Volunteer Joel Inman, who is a parishioner of Immaculate Conception Church in Fayetteville, is coordinating the Theology on Tap and the First Friday Mass and Fellowship programs for the age group. “There’s definitely a need,” said Inman. “You don’t see many college-aged people at the parishes.”

On March 18, the Office of Youth Ministry sponsored the highly successful program of evangelization and catechesis, Theology on Tap, at Kitty Hoyne’s Irish Pub & Restaurant in Syracuse. Theology on Tap is typically a four-week summer program for young adults, married or single. It features speakers and discussions about theology and creates a forum for young people to discuss issues, questions and concerns leading to faith formation, spiritual growth and community building.

Most notable was the humorous and animated presentation by actress Siobhan Fallon on July 9 when she described how she turned down acting roles because they conflicted with her moral beliefs. Fallon emphasized the importance of following Christ in order to live a happy and simple life.

At last month’s get-together, Joan Nolan, of the diocesan Fertility Education and Care Center in Syracuse, spoke about love and responsibility. “The theme of her presentation was marriage and love,” said Inman.

Inman said that 15 to 20 people attended the event and that it was well received and enjoyed by all. “She [Nolan] drew from her personal experience,” he said. “She talked about Theology of the Body and how to incorporate it into your prayer life — prayer is an important part of it.”

Inman said the office is trying to expand the evangelization process, offering consistently more events throughout the year.

Last August, the First Friday Mass and Fellowship in Armory Square program began. Each First Friday, 10-15 young people gathered at the Cathedral of the Immaculate Conception in Syracuse for Mass at 6 p.m. “Father [Thomas] Ward celebrates the Mass and afterward, there is quiet time for prayer and confession,” said Inman. “After that, we all go out to dinner at various restaurants in Armory Square and we have also eaten at the Mission Restaurant, which is close to the Cathedral. We’ve had a very positive response to the First Fridays. Both of these events address the expansion of our ministry.”

Inman said that trying to get 20- and 30-year-olds involved has its challenges. “It’s hard to reach young adults,” he said.

Notable progress has been made. In addition to Theology on Tap and First Fridays, two Bible study groups have formed. Every other week, on Sunday afternoon, a group meets at Christ the King Church in Liverpool and on April 19, another will start at Holy Family Church in Syracuse.

Inman added that he and a friend have recently initiated a young men’s basketball meet-up at Holy Family.

Elizabeth Schultz, a 27-year-old, has attended most of the activities sponsored by the youth ministry office, and she said her spiritual life is strong because of it. “When you are in your 20’s, it’s hard to keep up your spiritual life,” Schultz said.

“First Fridays is my favorite,” she said. “When I attend Mass there and participate in confession and adoration after the Mass, it touches my soul. It’s really nice — I feel recharged.”

“Our ministry is growing,” said Inman. “It’s very rewarding to see them come and get things out of Mass and fellowship.”