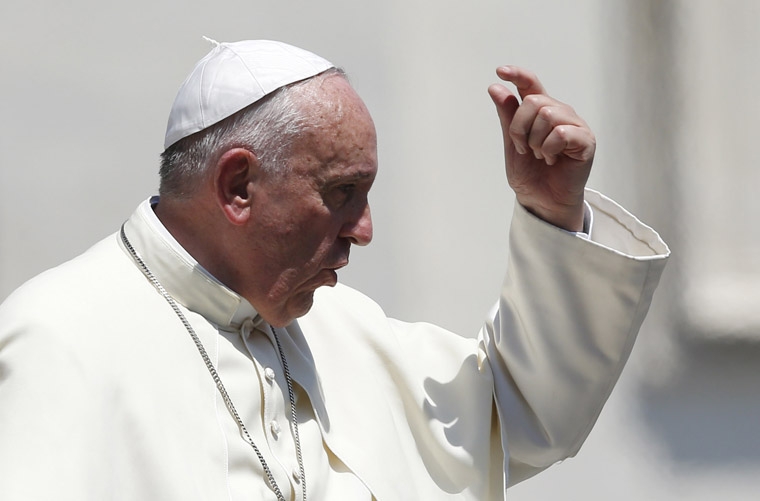 VATICAN CITY (CNS) — Appealing to the entire world, Pope Francis urged everyone to read his upcoming encyclical on the care of creation and to better protect a damaged earth.

“This common ‘home’ is being ruined and that harms everyone, especially the poorest,” he said June 17, the day before the Vatican was releasing his encyclical letter, “Laudato Si’, on Care for Our Common Home.”

He said he was launching an appeal for people to recognize their “responsibility, based on the task that God gave human beings in creation: ‘to cultivate and care for’ the ‘garden’ in which he settled us.”

“I invite everyone to receive this document with an open heart,” he said at the end of his weekly general audience in St. Peter’s Square.

Pope Francis said the encyclical is part of the church’s social teaching; the social doctrine of the church takes Gospel principles and applies them to concrete situations in society and public life.

The encyclical’s title, which translates into “Praised be,” comes from the introductory phrase to eight verses of St. Francis of Assisi’s “Canticle of the Creatures,” a prayer thanking God for the gifts of creation.

The encyclical is not expected to be a theological treatise or a technical document about environmental issues, but a pastoral call to change the way people use the planet’s resources so they are sufficient not only for current needs, but for future generations, observers said.

The encyclical will be available in a number of languages online at: http://w2.vatican.va/content/francesco/en/encyclicals/index.html.