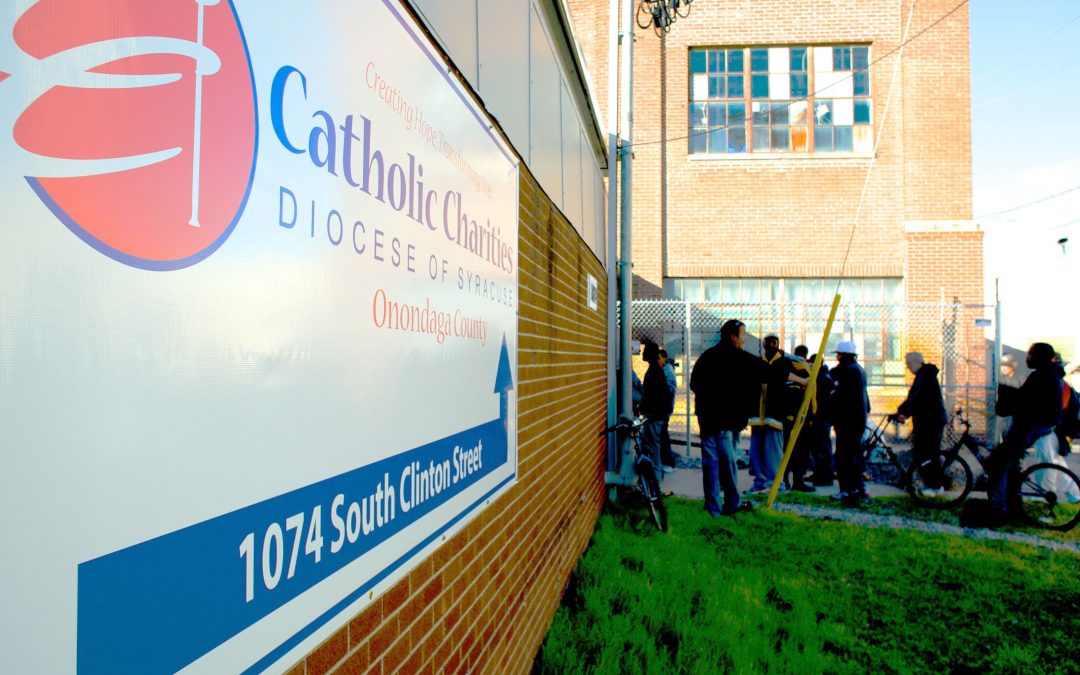 A guest of the Catholic Charities Men’s Shelter in Syracuse died Thursday night after being stabbed at the facility.

Syracuse Police officers responded to a report of a stabbing at the shelter, 1074 South Clinton St., at about 9:55 p.m. May 14, according to police Lt. Eric Carr. Police found victim Gary Paris, 27, suffering from multiple stab wounds. Officers performed CPR until Paris was rushed to Upstate University Hospital, where he died at about 10:30 p.m.

Lt. Carr said police are still investigating the exact circumstances surrounding the stabbing and that no suspect information is available at this time. Anyone with information is asked to call the Syracuse Police Department’s Criminal Investigation division at (315) 442-5222.

“We’re working with law enforcement on the specifics of what occurred,” Mike Melara, executive director of CCOC, said in an email to the Sun. “We are continuing to cooperate and assist with the law enforcement investigation and will also conduct our own internal investigation.”

Melara said about 100 guests and four staff members were present when the stabbing occurred. The shelter was closed afterward and about 65 guests were ultimately relocated to the Rescue Mission for the night, Melara said. “I can’t say enough about the professionalism and support of the Rescue Mission,” he added in a phone interview.

Staff are hoping to have the shelter open to guests this evening, Melara said.

Meanwhile, shelter staff members have been encouraged to access the counseling services provided by the employee assistance program, and staff are in the process of determining how CCOC’s mental health services can be made available to shelter guests, Melara said.

“Our thoughts and prayers go out to this victim, Mr. Paris,” Melara said. “We’re heartbroken. This is a tragedy for all of us and particularly for our shelter staff, who just work tirelessly every night working with individuals who have an awful lot of challenges and a lot of human frailty. This strikes at our core.”

This story will be updated as more information becomes available.